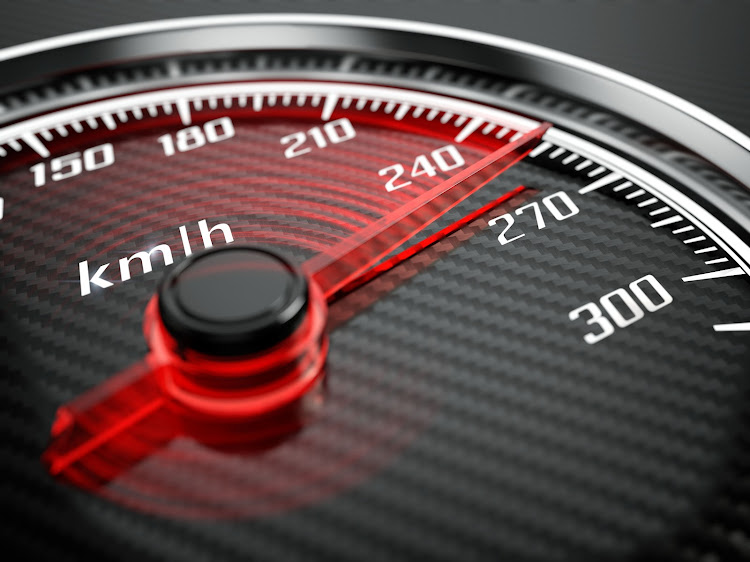 The highest speed recorded was on Thursday evening when a 27-year-old man was caught driving a Mercedes Benz E 200 at 215km/h on the N1 north at Botha Avenue.
Image: 123RF/sashkin7

The Gauteng traffic police high speed unit has arrested over 70 speedsters for reckless and negligent driving on the province's roads.

Gauteng traffic spokesperson Sello Maremane said the speedsters had been arrested during high speed operations conducted on major provincial routes since the beginning of the month.

The highest speed recorded was on Thursday evening when a 27-year-old man was caught driving a Mercedes-Benz E 200 at 215km/h on the N1 north at Botha Avenue.

In a separate incident on the same day, a 35-year-old man was arrested on the R21 freeway in Irene after clocking 204km/h in a Range Rover Sport.

Maremane said the driver claimed that he was rushing his manager to work.

Both drivers were detained at Lyttelton Police Station where they were charged with reckless and negligent driving.

They have since been released on bail of R2,000 and R2,500 respectively and are expected to appear in the Pretoria magistrate’s court this week.

According to Maremane, the MVR records the average speed measured over a minimum of 500 metres and this is then recorded and downloaded for investigation and prosecution purposes.

“Road fatalities are caused by driving under the influence of alcohol, reckless and negligent driving as well as excessive speeding.

“The Gauteng traffic police high speed unit will be on high alert by continuing to conduct patrols on Gauteng major routes to ensure that motorists adhere to the general speed limit.”

Seven people were killed and three others injured in a head-on collision on the D19 road outside Seshego in Limpopo on Sunday morning.
News
1 year ago
Next Article