As occupations gather pace landowners fear for their property 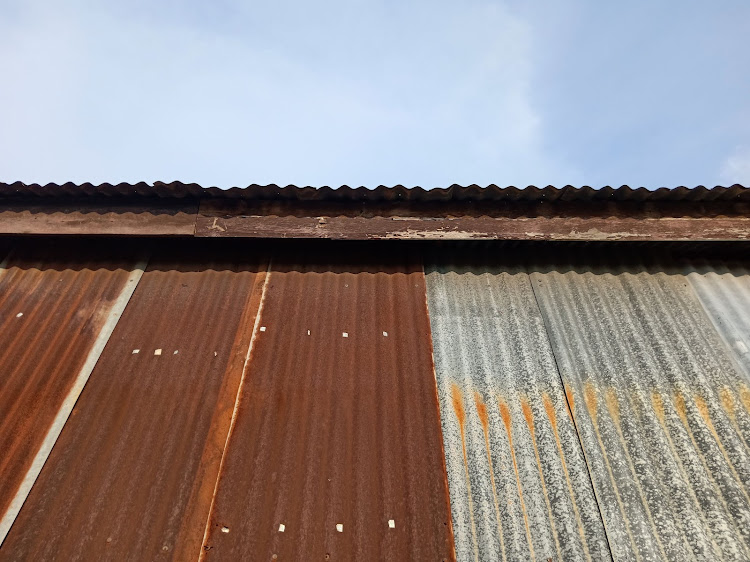 Illegal occupations are on the rise
Image: 123rf

On an abandoned private farm south of Johannesburg, the sound of hammers bashing nails into corrugated iron, brooms sweeping away the dust and a faint chatter of voices can be heard on a nearby road.

It is the sound of dozens of shacks being hastily built in the Walkerville town of the Midvaal, a semi-rural farming area in South Africa, where growing demand for land and housing is fueling a wave of similar occupations.

"We're here to build ourselves a new home and a new life," said Tantaswa, 37, who did not want her real name used for fear of being evicted.

Tantaswa said she bought the plot and building materials for R2800 on Facebook but did not receive any title deeds or know anything about the seller or the owner of the unoccupied property.

"It's a risk to build here, but we have to take it because we're suffering in the nearby township," she told the Thomson Reuters Foundation, as she swept away dust with her daughter outside their recently erected shack.

The land was previously occupied by now deceased farmer Richard Makhetha, who invested in its upkeep, and his widow said she was seeking advice from the Department of Agriculture on what to do about the occupations.

In June, Walkerville become a hotspot for land occupations on unused private property, led by a group of local men calling themselves The Big Six.

Elsewhere in South Africa, land occupations have gathered pace during the coronavirus lockdown, often ending in shack demolitions or evictions by authorities despite a directive that municipalities must suspend evictions during the pandemic curbs.

Housing rights campaigners said many poor renters have been unable to work and pay rent in a country where affordable housing is in short supply.

But Midvaal Mayor Bongani Baloyi said the occupations were "not about housing issues, this is about criminality", referring to groups such as The Big Six or the Facebook land sellers.

"For me this is a simple legal issue. The law says we must protect private property, and that is what we will continue to do," he said in a phone interview.

Evictions and demolitions still not allowed — unless the court says so

Under lockdown alert level 1, people may not be evicted from their land, home or have their place of residence demolished, unless an order is granted ...
News
1 year ago

Twenty-six years into democracy following the end of apartheid, land ownership remains a thorny issue in South Africa, which is one of the world's most unequal countries, according to the World Bank.

President Cyril Ramaphosa launched a drive in 2018 to change the constitution to make explicit provision for the redistribution of land without payment to address inequality.

According to the most recent census figures, at least 2.9 million to 3.6 million people live in informal settlements in South Africa, although experts say the real number is likely much higher.

People like Tantaswa say they are tired of waiting decades for government-assisted housing.

"We struggle with space, electricity and safety in the Orange Farm township where we live," said Tantaswa, who hopes the new settlement taking shape will be less crowded and safer.

Alongside her new home, other shacks are being assembled, many with names spray-painted on the corrugated iron walls, reserving them for the coming weeks when their four rudimentary walls will be finished off with roofs, and inhabitants.

Lethu Masoka, one of the leaders of The Big Six group, said they were not "land grabbers", but people "willing to buy empty land and use it for housing".

During their last occupation in Elandsfontein suburb in Midvaal, the municipality intervened with a court interdict and removed the occupiers with the help of the police.

Masoka said the group had taken R250 "donations" from hundreds of people who took part in the occupation, using the money to cover the cost of security, petrol and the demarcation of future plots on various private farms.

"We want to negotiate with property owners and government. This land is not being used, we want to buy this land for farming and housing," Masoka said in a phone interview.

Property owners reported being assaulted and threatened by the occupiers during the June invasion.

About 80 young men and women shut the main gate at the newly renovated Motherwell Shopping Centre in Port Elizabeth on Thursday morning. They are ...
News
1 year ago

Walkerville property owner and member of parliament Dennis Ryder said that despite his frustrations with the occupations he believed many of the occupiers were "desperate" people being exploited by the illegal land vendors.

He said there were no quick fixes for Midvaal's land issues.

"Everywhere you scratch, it becomes more complex. It's like the Wild West out here," he said, from his home where he moved 20 years ago for the quiet, open land, extensive enough to raise horses.

Midvaal, which lies about 50 km (30 miles) from Johannesburg, is the subject of a 1995 land claim by the Bakwena Ba Mare a Phogole community, who say the area is their ancestral land from which they were forced during colonial times.

Their claim was announced to the public in 2016 by the Land Claims Commission "to much anticipation and celebration by Bakwena Ba Mare a Phogole", according to their website.

But Hanif Manjoo, a founder of the indigenous Khoisan Unity Movement, said the Midvaal was also home to ancient Khoisan artefacts.

"According to our beliefs, the land does not belong to us, we belong to the land," Manjoo said at his daughter's home in the south of Johannesburg, adding that he hoped a consensus was possible between the different communities in the area.

"Sadly we have a very morbid history that divided people according to race, languages and religion," Manjoo said, referring to Dutch and British colonisation, followed by years of apartheid racial segregation that ended in the early 1990s.

When Ryder bought his property two decades ago, he could not see it becoming a flashpoint for his nation's tensions over land.

But today, the competing claims over Midvaal mean residents who want to sell or renovate their properties "do so at their own risk" he said, as property values and ownership could be challenged at any point.

"One thing is certain, when your land is threatened, it gets to people's emotions."