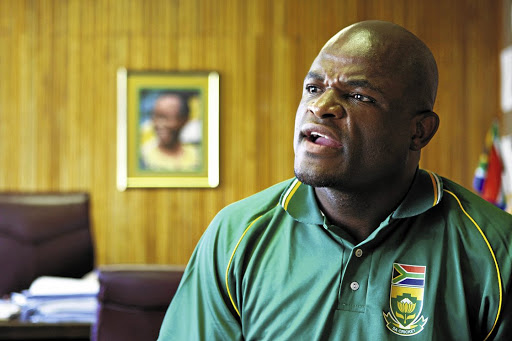 Between the toothless integrity commission and factionalism, the ANC, in its current state, is incapable of renewing itself and successfully dealing with corruption, according to the party's Northern Cape provincial chairperson Zamani Saul on Sunday.

The party, currently engulfed in a storm of tender scandal related to the Covid-19 personal protective equipment, is too divided and “colonised by factionalism” to deal with corruption.

Saul, who is also Northern Cape premier,  said factionalism fuelled corruption as it relies on stolen money to thrive.

Saul was speaking during a virtual political dialogue by the ANC Gaby Shapiro Branch which looked at the state of the organisation and actions needed for renewal.

With the state of the organisation now, deeply factionalised, squabbling party, there is no likelihood that we can successfully fight corruption because corruption and factionalism, those are twins,

He believes that in its current state, the ANC which is deeply factionalised between two lines – between President Cyril Ramaphosa and a grouping called itself radical economic transformation (RET) believed to be aligned with party’s secretary-general Ace Magashule – has been rendered incapacitated on its renewal rhetoric.

He said the extent of factionalism rendered the party’s integrity commission a laughing stock.

The commission, led by veteran George Mashamba, has been said to be toothless with Saul saying it was worrying how its recommendations are met with non-ending discussions and debates in the national executive committee (NEC).

He mentioned this weekend’s news reports that there are ANC members who have vowed to defy the NEC's decision that members and leaders who are criminally charged should step aside until their names have been cleared.

“So, we lack the strategic capabilities to defend ourselves. We can’t discipline our members, we can’t when members engage in any conduct or articulation that undermines the integrity commission of the organisation get them to account for that. There’s no consequence management,” Saul said.

He said the NEC discussions were so polarised that they become a contest of agents – angels and bigots – which were not sober enough to come up with clear measures on how best to address serious issues faced by the organisation.