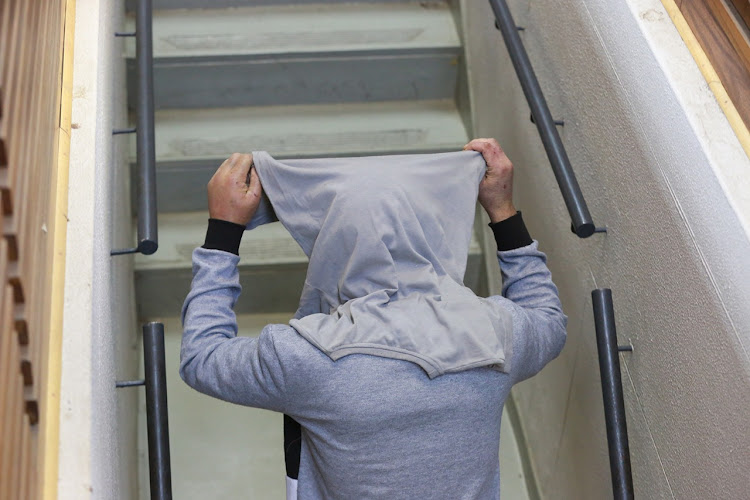 Naseem Slamang hid his face under a shirt when he appeared in court on Friday in connection with an alleged attempted child kidnapping at a restaurant.
Image: Sunday Times/Thapelo Morebudi

The 24-year-old man who allegedly attempted to snatch a child at a restaurant in Florida, Gauteng, made a U-turn regarding his bid for bail on Friday.

Naseem Slamang appeared in the Roodepoort magistrate's courts, where he was expected to make a formal bail application.

However, through his attorney Eric Mahlalela, Slamang indicated he no longer wanted to be released because he feared for his safety.

Slamang limped when he walked to the dock, and it appeared as though he had been injured.

He kept his head and face covered with a shirt.

Mahlalela told the court his client had “sustained serious injuries” before his arrest when he was attacked by a group of people at the restaurant.

He said Slamang was also involved in a fight at the holding cells overnight.

“He has instructed me that he is abandoning his bail application on the basis of his safety.

“The accused person is seeking urgent medical attention. Prior to his arrest, there was mob justice and he sustained serious injuries,” said Mahlalela. 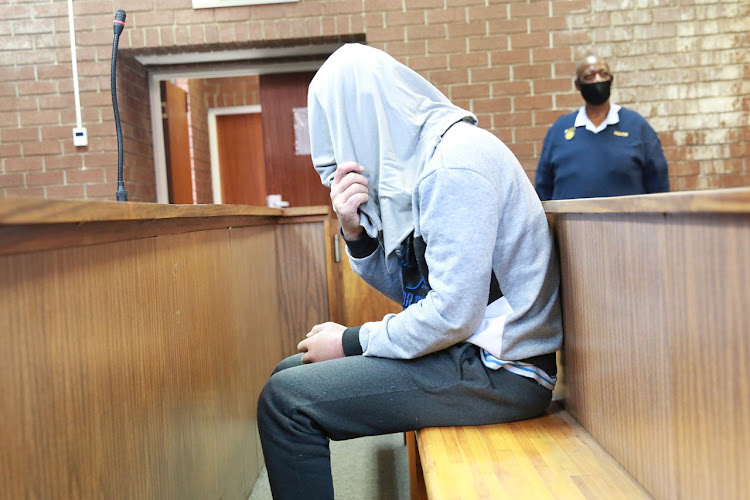 Naseem Slamang claims he suffered serious injuries when he was attacked by people at the restaurant.
Image: Sunday Times/Thapelo Morebudi

The court granted the request and postponed the matter for further investigation.

Slamang was sent back into custody until October 15 and will receive medical attention at a Krugersdorp correctional facility.

Court proceedings had earlier come to a halt for a decision on whether proceedings could be filmed. This was allowed because Slamang's face was covered.

He was arrested after allegedly trying to kidnap a four-year-old girl at the restaurant last week.

In a video widely circulated on social media, a man wearing clothes similar to those Slamang wore in court was seen jumping over a railing at the restaurant and racing towards a young girl sitting with two women. He proceeded to grab her, but within seconds a man lunged towards the perpetrator and rescued the girl.

J's cousin promised her a well paid job in India as a housekeeper. Instead, she found herself in a brothel until the United Nations brought her home ...
News
1 year ago
Next Article