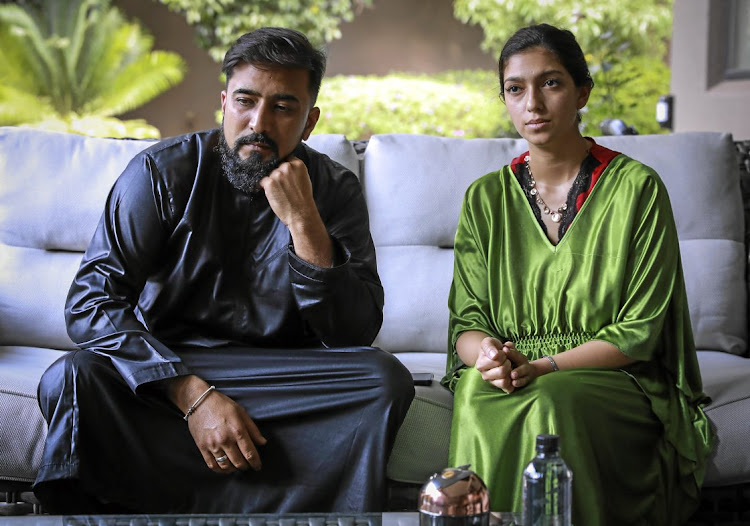 Mohammadh and Zaheena Sayed had laid charges against Dr Peter Beale and Dr Abdulyah Munshi after the death of their 10-year-old son Zayyaan at the Park Lane Clinic.
Image: File / Sebabatso Mosamo

A father who took Johannesburg anaesthetist Dr Abdulhay Munshi and paediatric surgeon Prof Peter Beale to court over the death of his 10-year-old son Zayyaan Sayed during an operation has denied having a hand in the shooting of Munshi.

Mohammadh Sayed released a press statement through his lawyer on Friday and lambasted allegations that he may have been involved in the crime.

“The inferences sought to be drawn in the media are irresponsible, reckless, speculative and sensationalist. Mohammadh Sayed denies any involvement in the crime and sincerely hopes that the perpetrators will be found and brought to justice as soon as possible,” read the statement.

Munshi was gunned down on Wednesday afternoon in Orange Grove, Johannesburg.

Witnesses said his vehicle was hit by another from behind and when he got out to investigate he was shot multiple times. The gunman fled.

While police are yet to make any arrests, some in the medical fraternity had speculated that the culpable homicide case related to the death of Zayyaan and Munshi's shooting could be linked.

Munshi and Beale were arrested in October 2019 and charged with culpable homicide after the child died after what was meant to be a routine laparoscopic operation to stop reflux.

The two health professionals were granted bail of R10,000 and were due back in court on November 16.

Mohammadh Sayed said he was not being malicious in pursuing criminal charges against Munshi and Beale.

“He has instructed his legal team to engage with the investigating and prosecuting authorities on a regular basis in his endeavours to ensure that justice is not only achieved but also done in a legitimate and transparent manner in this matter,” read the statement from his lawyers.

“The investigation thus remains in the hands of the police and the National Prosecuting Authority. He has endeavoured to hold the doctors involved accountable, criminally and before the Health Professions Council of SA. This is to ensure that no other parent suffers the pain and anguish that he and other parents endured before,” the statement read.

The man who strangled a Limpopo intern medical doctor in January has been sentenced to life imprisonment.
News
7 months ago
Next Article