Flamboyant businessman Sam Chabalala, who goes by the clan name Mshengu, shot to national prominence in July, 2019 after images of a fleet of his expensive cars driving down to Durban for the annual horse-racing event trended on social media.

Most of the cars had personalised number plates with the name "Sam" prominent on them.

On September 6, 2019 of the same year, he was arrested by the Hawks in eMalahleni following a lengthy investigation into his citizenship.

Mogul left in the dark at court

Soon after his arrest Chabalala had to be admitted at a private hospital in Emalahleni  after complaining of stomach complications.

“Sam started complaining about stomach ache and an ambulance had to be called to fetch him from the Witbank police holding cell. He was rushed to the local private hospital where he spent a night receiving treatment."

Security had to tightened around Chabalala after he was found with electronic devices in his hospital bed.

He was found with a smuggled laptop and cellphones when the Hawks raided his private hospital room.

Security has been tightened around Mpumalanga business mogul Sam "Mshengu" Chabalala after he was found with ...

Family and friends of Mpumalanga business mogul Sam "Mshengu" Chabalala have been denied visiting rights after he was ...

A manager Chabalala's depots was shot dead (September 12, 2019) just days after he gave the Hawks a sworn affidavit relating to an investigation about his boss.

Nkosinathi Ngcongo, 30, was shot in the head and chest as he was about to leave the premises in Bethal, Mpumalanga.

The 26-year-old man accused of killing Ngcongo was allegedly once the trucking Chabalala's bodyguard.

A manager at one of flamboyant businessman Sam "Mshengu" Chabalala's depots was shot dead just days after he gave the ... 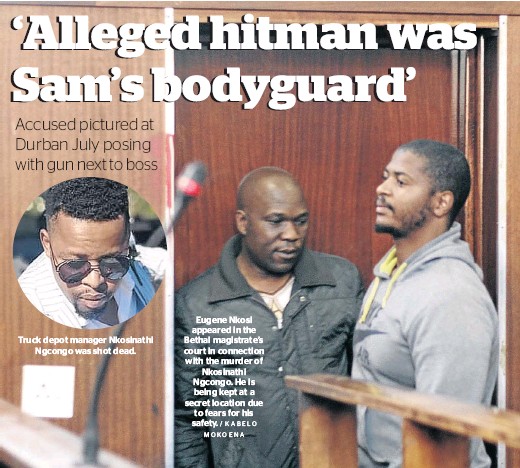 On the September 16, 2019 Chabalala was whisked away in a Maserati after being granted a R200,000 bail in the Witbank magistrate's court. He was facing charges of illegal possession of a firearm and ammunition, corruption, bribery and fraud. The matter was postponed to November 22 for further investigation. 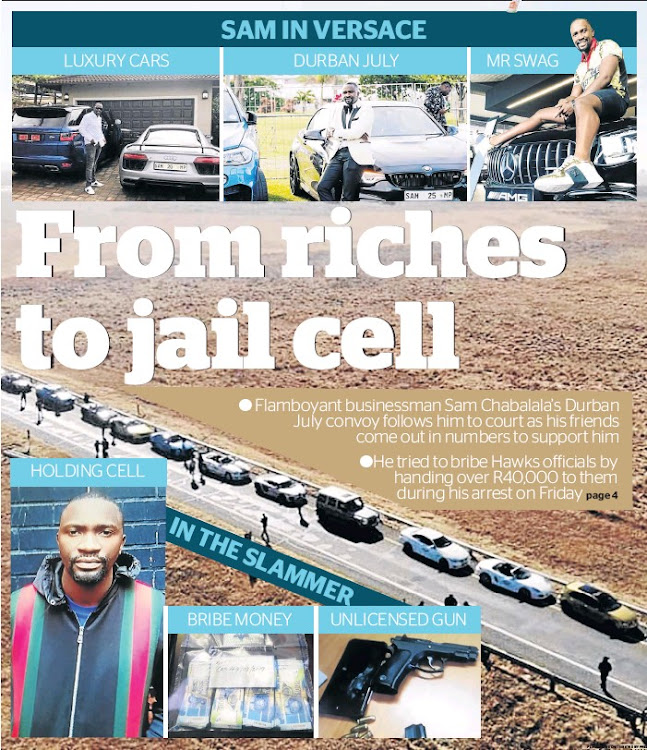 In February 2020, Chabalala was arrested again after he allegedly attempted to 'bribe' a senior police official in Mpumalanga to get his impounded motor vehicle released and also to make his initial case disappear.

His car had been impounded by police when he was arrested on corruption charges for allegedly bribing a department of home affairs official last year.

A source close to the investigations revealed that a trap to apprehend Chabalala in Mbombela was set after he attempted to bribe an officer.

“The suspect paid R50 000 as a down payment and on Thursday he added a further R70 000 for the release of his vehicle and the Nelspruit docket to disappear,” Hawks spokesperson Brig Hangwani Mulaudzi said.

It took two weeks for the Hawks to arrest flamboyant businessman Sam "Mshengu" Chabalala on new charges of corruption ...

Flamboyant Mpumalanga businessman Sam “Mshengu” Chabalala, who was out on R200,000 bail on charges of corruption has ...

This is after Advocate Eric Sihlangu made a plea to the Middelburg magistrate's court not to release Chabalala. Sihlangu said Chabalala was not a suitable candidate to be granted bail as he was arrested for allegedly committing the same offences that he was out on bail for.

Sihlangu also told the court that Chabalala's real name is Gilbert Tachuona and that he was born in Zimbabwe.

Magistrate Hlengiwe Mkhabela said she granted Chabalala on the strength of him not having interfered with investigations in his other matter.

"The state cannot prove that the applicant is a foreign national. There is no reason to keep him in custody," Mkhabela said.

The matter was postponed to March 13 for further investigation.

Flamboyant Mpumalanga businessman Sam "Mshengu" Chabalala is again a free man after being granted a R500,000 bail in ...

In March, a warrant of arrest was issued for Chabalala after he failed to appear in court.

He allegedly left a note in which he told his wife that he planned to kill himself.

Businessman Sam “Mshengu” Tshabalala - who shot to infamy after taking a 72-car convoy to the Durban July - is wanted ...

A warrant of arrest has been issued for Mpumalanga's flashy businessman Sam Chabalala after he failed to appear in ...

Multimillionaire trucker businessman Sam "Mshengu" Chabalala has gone missing and has sent his wife and some of his ... 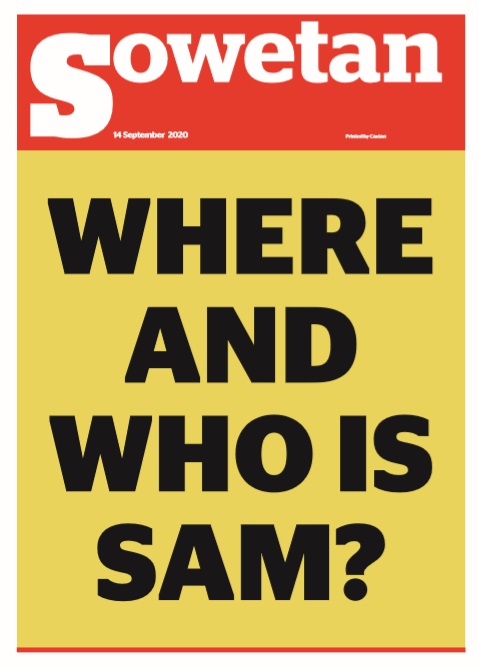 Sowetan can reveal that Chabalala's once blooming trucking business empire has since crumbled as more of his movable assets are set to go under the hammer this week while several immovable properties in Bethal, Mpumalanga, will also be auctioned soon.

Sam Holdings is in the process of deregistration from the register of companies, according to company records.

A former employee who asked not to be named told Sowetan that the company stopped operating in April after owner Sam “Mshengu” Chabalala's wife Lerato Legodi told them that operations will come to a halt temporarily.

Hawks spokesperson Brig Hangwani Mulaudzi told Sowetan the elite investigating unit wanted to first ascertain Mshengu's real identity so that he could be "flagged by Interpol".

Once Mshengu's real identity is confirmed, the help of  Interpol will be sought to track him down.

Sam Holdings is in the process of deregistration from the register of companies, according to company records.

Sam Chabalala's trucks and house to be auctioned this week

The empire of flamboyant multimillionaire and businessman Sam "Mshengu" Chabalala seems to be crumbling as some of his ...

People believed to have links with businessman Sam "Mshengu" Chabalala have had their own run-ins with the law, with ...