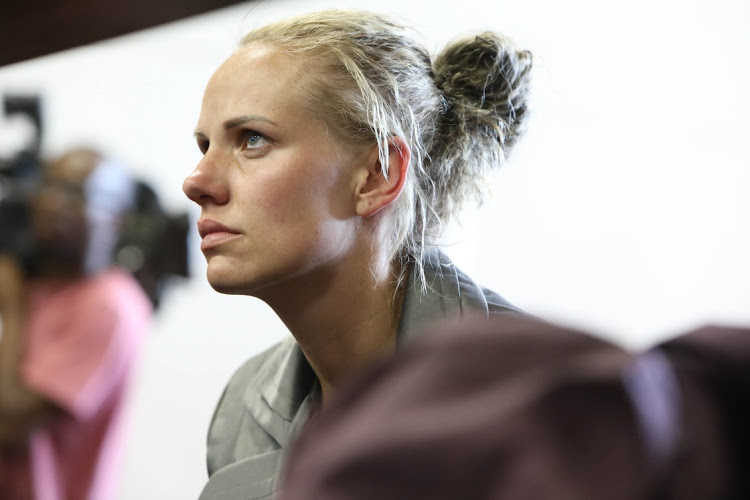 Tharina Human in the dock at at the Vanderbijlpark magistrate's court in September 2019.
Image: Alaister Russell/The Sunday Times

Tharina Human, the woman suspected to be the mastermind behind the kidnapping of six-year-old Amy’Leigh de Jager, intends to plead guilty.

This was confirmed by David Mey, her lawyer.

The 27-year-old grade RR teacher made a brief appearance in the Gauteng High Court, sitting in Palm Ridge, on Tuesday morning.

Mey told SowetanLIVE sister publication TimesLIVE that Human would plead guilty after entering into a plea and sentencing agreement with the state.

Mey said her co-accused, Laetitia Nel, 40, also intended to plead guilty on some of the charges, but her matter would be heard before a separate judge because her lawyer was expected to present evidence in mitigation of the state’s proposed sentence.

No high court date has been received for the case of six-year-old Amy’Leigh de Jager, the Vanderbiljpark magistrate’s court heard on Thursday.
News
2 years ago

Amy'Leigh's parents 'struggled to regain her trust' after kidnapping

As the trial against four people accused of kidnapping Amy’Leigh de Jager was postponed on Wednesday, her mother said the six-year-old was struggling ...
News
2 years ago

The two other co-accused, Bafokeng Molemohi, 24, and Pieter van Zyl, 50, are also expected to appear in the same court on Thursday.

The suspects' alleged kidnapping and ransom scheme was set in motion on September 2 last year when four men grabbed the grade R pupil from her mother, Angeline, outside the gates of Laerskool Kollegepark.

They allegedly bundled Amy’Leigh into a white Toyota Fortuner and sped off. She was dropped off in Vanderbijlpark in the early hours of September 3, and found by a couple heading home from a neighbourhood pub.

They escorted her to a nearby police station, where her parents were waiting, ending the kidnap drama.

Human is the prime suspect. She was employed by the school and taught Amy'Leigh's brother Jayden, 5, in Grade RR. She was also “best friends” with Amy'Leigh's mother.