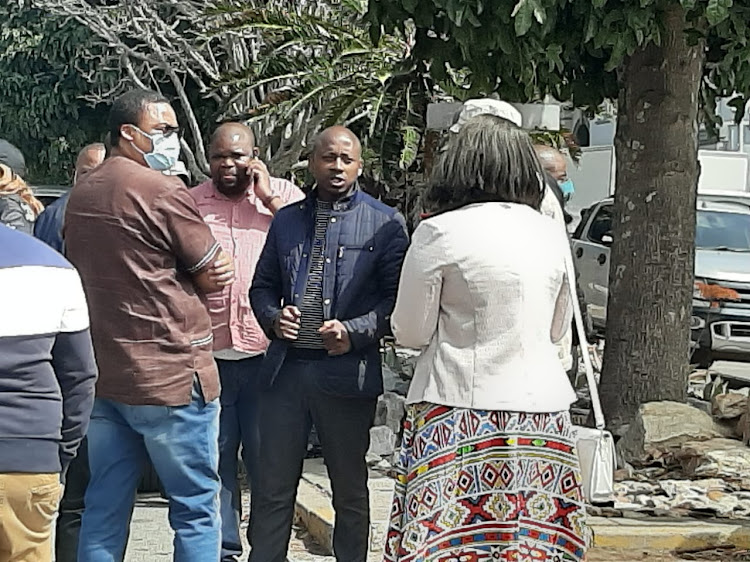 Nelson Mandela Bay ANC Councillor Andile Lungisa has until Thursday to report to correctional services to begin serving his effective two-year jail term for assault with intent to cause grievous bodily harm.

His attorney Alwyn Griebenow confirmed that the justice department had served notice on his office at about midday on Tuesday giving Lungisa 48 hours to report to serve his sentence.

But, Griebenow said that as soon as his office had filed the application for leave to appeal to the constitutional court, they intended to also apply to extend his bail.

“The papers have been drafted and will most likely be filed (with the constitutional court) first thing on Wednesday morning.”

He was adamant that there was no application to extend Lungisa’s bail due to be argued on Tuesday.

Confusion reigned outside the high court in Makhanda over whether or not there would be a bail application.

A group of former ANCYL leaders who are behind a campaign called “justice for Lungisa” kicked off the confusion with a statement on Monday saying the application would take place.

Lungisa accompanied by about a dozen supporters grouped outside the high court in Makhanda on Tuesday morning. Most seemed to expect that there would be a bail application heard on Tuesday afternoon.

One of his supporters, former ANCYL heavyweight Anber Mosaase said it would “most certainly” be argued on Tuesday.

But senior state advocate Nickie Turner confirmed that the office of the Director of Public Prosecutions had received no notice of any application to extend his bail. She said she had also confirmed on Tuesday with the high court registrar’s office that nothing was set down to be argued.

Lungisa himself said they were in Makhanda simply to file their papers. He said papers had to be filed simultaneously both with the high court in Makhanda and the Constitutional Court.

He said his senior counsel Terry Price would arrange a date with the high court to argue his bail extension in due course.

Price confirmed this to the DispatchLIVE.

“There will be no application today. We will first file our application for leave to appeal to the Con Court after which we will argue for bail to be extended.”

The courts have been unanimous in upholding Lungisa’s two-year effective prison sentence for smashing a glass water jug on the head of DA Councillor Rano Kayser during a heated NMB council meeting in council chambers in October 2016. Kayser was seriously injured.

The high court in Makhanda dimissed Lungisa’s appeal against both conviction and sentence.