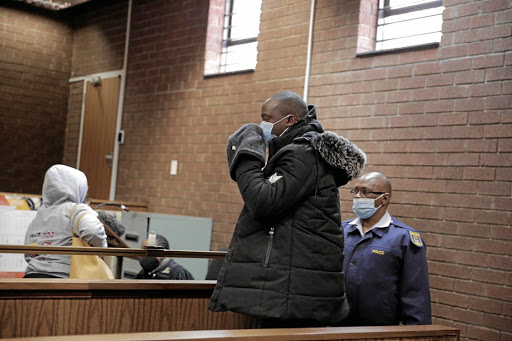 Muzikayise Malephane, 31, during his previous appearance in the Roodepoort magistrate's court on charges relating to the murder of Tshegofatso Pule.
Image: Sebabatso Mosamo

The case against the man accused of killing 28-year-old Tshegofatso Pule, has been transferred from the Roodepoort magistrate’s court to the high court in Johannesburg for trial.

Muzikayise Malephane is expected to appear in the high court on Tuesday, September 15.

NPA spokesperson Phindi Mjonondwane confirmed to TimesLIVE that Malephane appeared in court briefly last week when his case was transferred to the high court.

Malephane was arrested on June 17 while travelling back to Gauteng from Mpumalanga. He has been charged with premeditated murder.

Pule's body was found with multiple stab wounds in Durban Deep, Roodepoort, on June 8. She had been expecting her first child, a girl.

The family of slain Tshegofatso Pule has pleaded with the public to be patient while the matter is before the court. Tumisang Katake, Pule’s uncle, ...
News
1 year ago

The family of a Soweto woman who was found hanged from a tree after she had gone missing has been left frustrated by the criminal justice system ...
News
1 year ago
Next Article