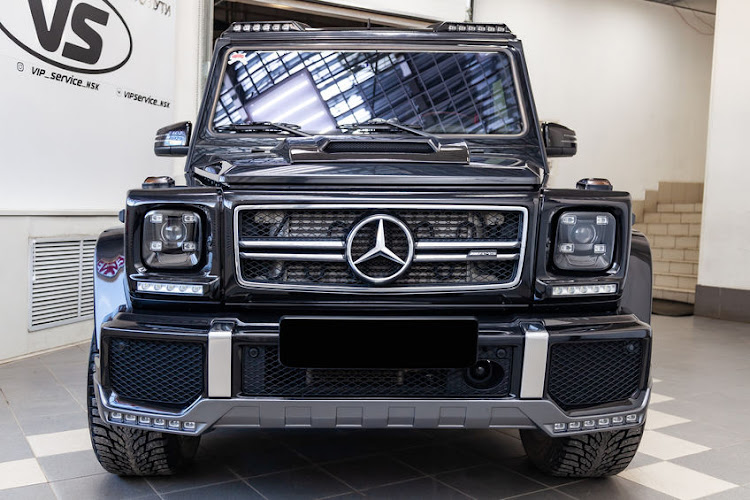 The man was arrested when he arrived to collect the luxury vehicle. File photo.
Image: Aleksandr Kondratov /123rf.com

The Hawks have arrested a 33-year-old man who allegedly tried to trick them into releasing the impounded vehicle of  businessman Sam “Mshengu” Chabalala - who shot to prominence after taking a 72-car convoy to the Durban July in 2019.

Capt Dineo Sekgotodi said the man allegedly made phone calls and sent e-mails to different Hawks members, claiming he was in possession of a court order that was endorsed by President Cyril Ramaphosa, giving him permission to instruct investigators to release the vehicle.

“An intelligence driven investigation was initiated to validate and probe the so-called document that was compelling them to release the vehicle,” said Sekgotodi.

“On Thursday, he was contacted and informed to avail himself and collect the vehicle. Upon his arrival he was arrested in possession of the document,” she added.

The vehicle in question is a Mercedes-Benz G-Wagon, seized during Chabalala’s arrest last year.

“Chabalala, who also goes by the name Mshengu, is on the run after he was released on R500,000 bail by the Middelburg magistrate's court and has since absconded from attending court proceedings,” said Sekgotodi.

The trucking businessman from Sam Holdings had been arrested regarding two separate cases and was out on bail for both when he fled.  In the other matter, he had paid bail of R200,000.

In the first matter, he was arrested in September 2019 after an investigation initiated by the home affairs department about his status in the country.

Hawks spokesperson Brig Hangwani Mulaudzi said Chabalala had allegedly tried to bribe a department official to drop the probe. He paid R50,000 to the official and was nabbed by the Mpumalanga Hawks immediately afterwards. It was during this arrest that his car was impounded.

While out on bail, Chabalala was alleged to have tried to bribe a senior police officer in Middelburg. He allegedly offered him money to make his case disappear and give him back his vehicle.

A sting operation was held where he was nabbed after allegedly paying the bribe.

He is now wanted on charges of fraud, corruption, contravention of the Immigration Act and possession of an unlicensed firearm.

When he disappeared in March, the Hawks said they had “seen a suicide note that was sent to his wife claiming that he is going to commit suicide”.

Authorities, however, did not believe he had committed suicide.

Meanwhile, the suspect who tried to dupe the Hawks into releasing Chabalala's car is set to appear in the eMalahleni magistrate’s court on Friday.

He will face charges of fraud, forgery and uttering, said Sekgotodi.

Businessman Sam “Mshengu” Tshabalala - who shot to infamy after taking a 72-car convoy to the Durban July - is wanted by cops after he twice failed ...
News
2 years ago

Multimillionaire trucker businessman Sam "Mshengu" Chabalala has gone missing and has sent his wife and some of his employees a "suicide note", ...
News
2 years ago
Next Article