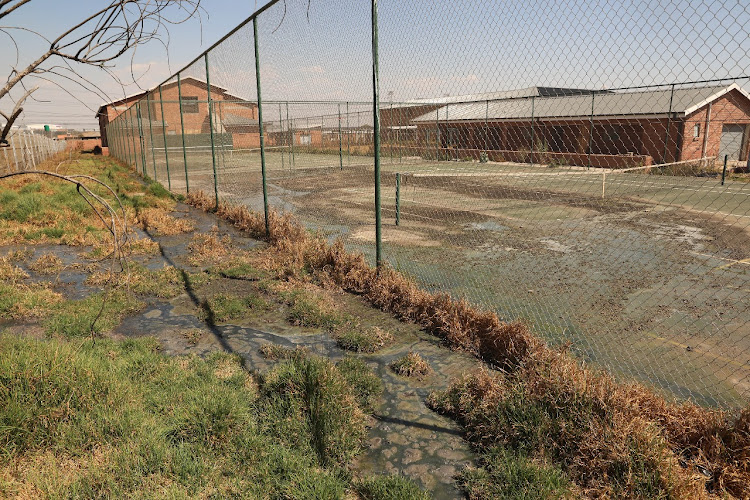 The R82m new school could not open its doors to pupils after completion because no building plans were approved by the City of Johannesburg for its construction
Image: Veli Nhlapho

For nearly three years, Slindile Malope has watched in despair as a new state-of-the-art school meant to accommodate about 2,000 pupils from the impoverished Mayibuye informal settlement in Tembisa, on the East Rand, turn into a white elephant.

Malope's heartache is further compounded by the deteriorating conditions at the old Mayibuye Primary School where more than 1,900 pupils are crammed into prefabs and wendy houses as makeshift classrooms. Despite its dire state of affairs with only six working toilets, broken chairs and desks as well as holes on classroom floors, Mayibuye Primary School has been a beacon of hope and the only primary school for the children in the area.

But after the parents were promised a better school in 2017 with the construction of the state-of-the-art new school about three streets away, their dreams have remained just that more than two years after the building of the school was completed.

The R82m new school could not open its doors to pupils after completion because no building plans were approved by the City of Johannesburg for its construction, the site where the school is built is water-logged and the development contravened the national building regulations.

Malope, whose daughter is in grade 5, said she was deeply worried that their children were educated inside decaying structures while the new school stood empty.

The R300m state-of-the art school was finished three years ago but  did not get the certificate for permanent occupation.
News
2 years ago

“Our children have always been taught in old container classes and the new school was a much relief for this community because every parent has a dream to take their child to a good and safe school. For the first time our children were going to be introduced to smartboard classes and digital learning which was a good thing for us in this community. However, that seems like a far-fetched dream as the school was built in the wrong area always flooded with water and sewage,” Malope said.

The school’s governing body chairperson, Mokgonyane Koenite, said the old school has been around for 17 years. “We have never had a proper structure and the conditions here are not conducive for learning. We can't expect children to concentrate in such conditions. The school is overcrowded but at least for now [due to coronavirus outbreak] children are rotating,” he said.

Another parent, Lamla Nosipho, 63, whose granddaughter is in grade 2, said the place where the old primary school is located, is rat-infected.

"We want to take our children to good schools but we can't afford to pay for transport. We were happy when we were finally going to get our own school without our children travelling to other townships but now the school has been built but nothing is happening," she said. 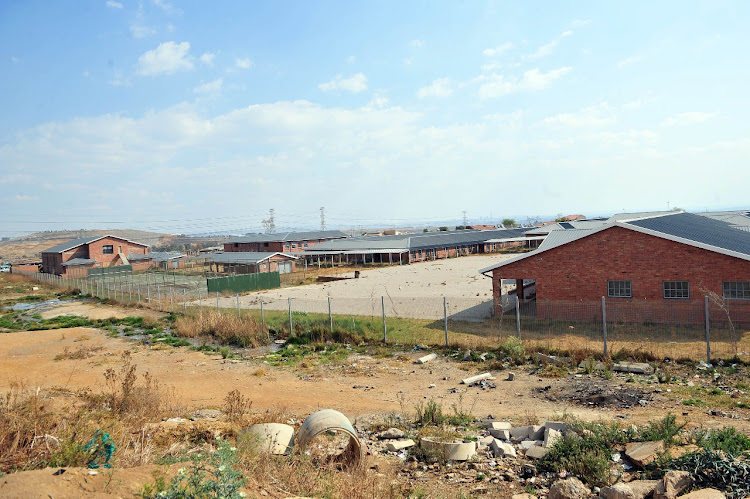 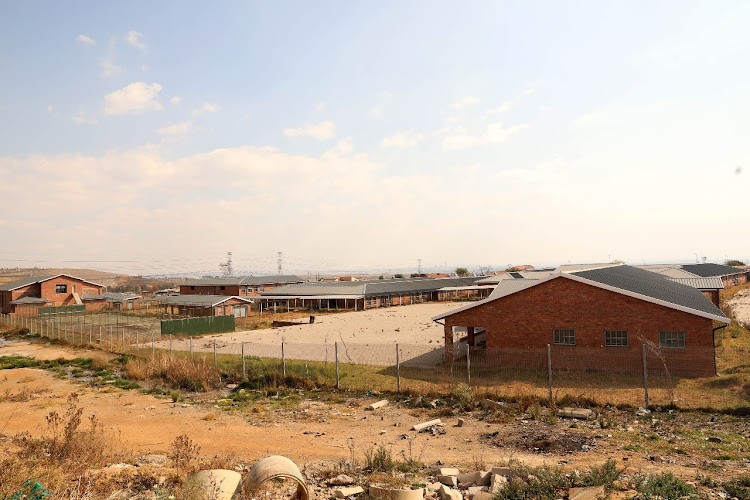 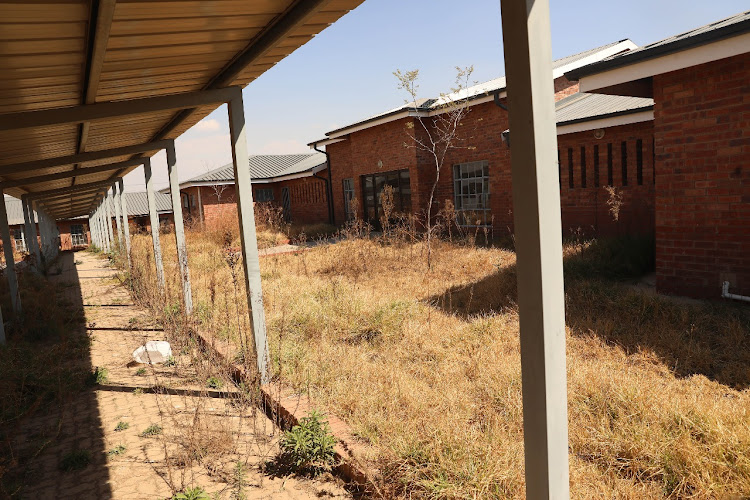 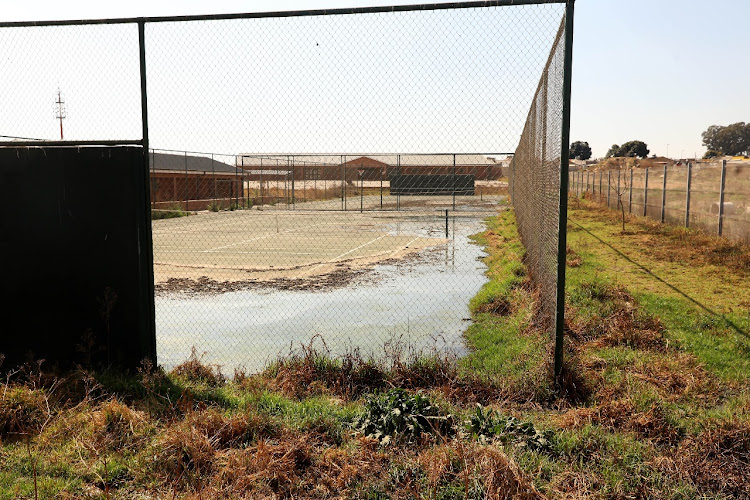 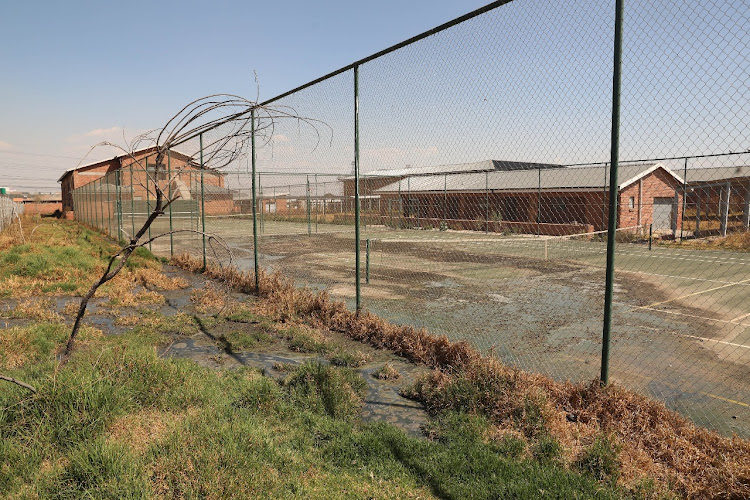 Last month, Gauteng legislature's portfolio committee on infrastructure visited the new school and found that pupils have been unable to start using the facility since 2017. Committee chairperson Mpho Modise said they had received shocking reports that a certificate of occupancy of the building could not be issued due to non-compliance with building regulations.

“There were issues that the City of Johannesburg was not consulted before the school was built. There is no way we can allow 2,000-plus children to come here. There will be a committee inquiry because people need to account. Decisions will be made there as to whether the school has to be demolished or the contractor will have to pay for the adjustments that are needed to be done here,” he said.

The new school has been deemed unsafe for occupation because of stagnant water with a pungent smell that has left its walls cracked.

According to a presentation made to the committee by the City of Johannesburg, the new Mayibuye primary is water-logged, raising damp into its walls. The city said certificate of occupancy could not be issued as building plans have not been submitted and approved.

Gauteng department of infrastructure development spokesperson Bongiwe Gambu said during  construction it was discovered that there was an existing sewer line that frequently block and overflows onto the site.

“The intermittent sewer overflow causes the site to be wet and thus creating persistent wetness. To address the above issues the contract had to be revised through applicable process. The MECs for both departments of infrastructure and education have visited the site and agreed on the way forward to complete the project. The process involves approval of funds and additional scope to enable completion,” she said.

This, however, is not the first school in the province to run into problems of failing to comply with regulations to obtain certificate of occupancy. Last year, a boarding part of the Nokuthula Centre and Special School in Lyndhurst, Johannesburg, was forced to remain closed after the facility could also not be issued with  occupancy certificate. The R300m state-of-the-art school had to partially operate on a temporary occupancy certificate after the city found deficiencies with approvals of plans on the site where it is located.