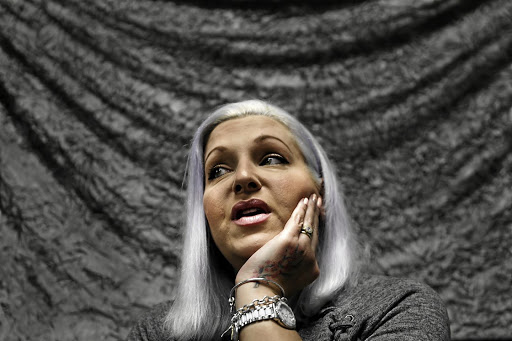 DA chief whip Natasha Mazzone has denied there are “racist undertones” in her tweet about EFF deputy president Floyd Shivambu wearing expensive shoes at the Clicks shutdown protests on Monday.

“There are no racist undertones at all. In fact, the xenophobia comes from the EFF, who constantly refer to me as an Italian who must go home even though I was born in Pretoria.

“I was pointing out the irony of him wearing Italian shoes, given his dislike for other things Italian. In fact, I mentioned how much I love his shoes,” Mazzone told TimesLIVE on Tuesday.

She posted a zoomed-in picture of Shivambu's shoes, which she captioned, in part: “I will say this about Floyd, for a revolutionary, he has great taste in shoes. These Prada loafers are my favourite. It's just so much easier to protest in comfort and style.”

Shivambu was protesting at a Clicks store in Sandton City about the retailer's controversial advertisement published on its website.

Some social media users said Mazzone was diverting attention from the Clicks advert, and asked for her stance. She told TimesLIVE the ad for hair products was in poor taste.

“I think the ad was appalling, in very bad taste and completely shameful. If you are going to talk about dry and damaged hair, why not show my bleached blonde hair?”

Mazzone said it was unfair that Clicks employees were affected by the protests, which left some stores vandalised, even though they were not responsible for publishing the controversial advert. She called the violent protests the EFF's “attempt to terrorise the nation” and “the lowest form of politics”.

She said the party failed to display political maturity by resorting to violence.

Mazzone said the EFF must “walk the talk”.

“The EFF are fake. Be real. Be who you say you are. If you hate capitalism, then you should hate designer wear. I firmly believe the EFF are faux revolutionaries. I think they should concentrate more on assisting with the investigations into VBS Mutual Bank than worrying about Prada shoes,” she said.

These are some of the responses to her tweet:

Natasha Mazzone, lets leave the shoes for a second what are you saying about the Racist content published by Clicks ? you're awfully quiet but i am reminded that your Party doesn't see color. https://t.co/XysxRiPw70

But i dont understand people who bash politicians for wearing expensive things. They earn an income and can use it to buy what they want like al of us.

Notwithstanding the deep racist undertones of this very tired argument in the South African context.

The 'how not to' guide to political communication. https://t.co/HZMiSxOd4b

The views of Natasha Mazzone are the views of the DA. As a racist as ever, and don't expect her fellow racists on the party to condemn her behaviour. I hope black voters are watching the deadly formation of Zille, Natasha and Steenhuisen

Clicks must get out of our way

Natasha Mazzone was also there to inspect and police the quality of shoes. Still doesn't get the irony of it.

Your racist undertones are showing Natasha.

Clearly Prada, LV & the likes are meant for a select few right! https://t.co/JJrh5ON2oq

Clicks has attained an order preventing the EFF and its members from disrupting its operations.
News
1 year ago
Next Article