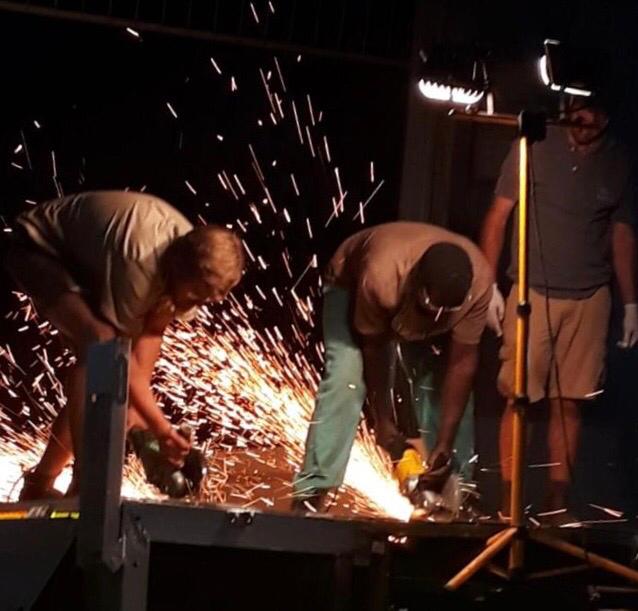 Police intercepted a truck carrying a consignment of drugs hidden in a compartment
Image: Supplied

Three people have been arrested after being caught ferrying close to R90m worth of heroin powder from Mozambique into northern KwaZulu-Natal in a custom-built truck to conceal the drugs.

In a statement on Thursday, Hawks provincial spokesperson Capt Simphiwe Mhlongo said members of the Richards Bay Serious Organised Investigation unit in collaboration with the Mpumalanga Crime Intelligence members made the bust.

Mhlongo said the members recovered heroin powder with a street value of about R87.5m and arrested three suspects.

“The Hawks in collaboration with the Mpumalanga Crime Intelligence discovered 342.5kg of the drug inside what is believed to be a purpose-built hide in a truck which was coming from Mozambique via Swaziland to KwaZulu-Natal.”

He said the truck was intercepted in Hluhluwe and the team immediately started with the search.

“Almost 250 packets of heroin were found hidden in a false partition which was newly painted. Members had to cut open the compartment in order to access the drugs.”

The driver and two passengers are expected to appear in court soon.

A 31-year-old Limpopo lawyer was released on warning on Tuesday afternoon after he was arrested earlier on the day for allegedly attempting to ...
News
1 year ago
Next Article