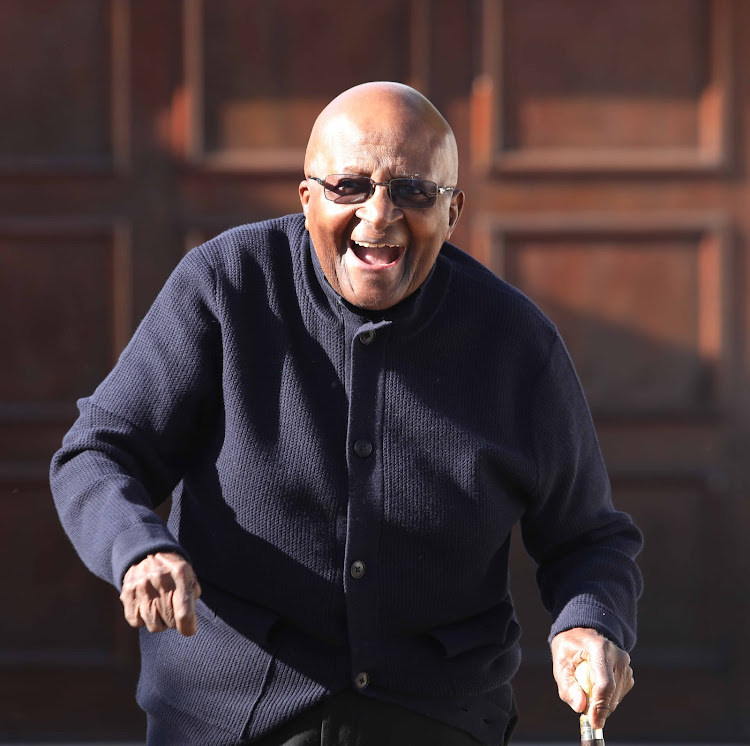 Archbishop Desmond Tutu and his wife, Leah, were unharmed when a fire broke out at their home on Wednesday morning.
Image: ESA ALEXANDER/SUNDAY TIMES​

A fire broke out at the home of retired Anglican archbishop Desmond Tutu in the early hours of Wednesday morning.

News of the blaze was announced in a statement issued by the Desmond and Leah Tutu Foundation.

“Archbishop Emeritus Desmond Tutu and Mrs Leah Tutu have extended their love and gratitude to staff at their retirement village and members of the local fire department after a fire damaged the living area of their cottage in Hermanus,” the statement read.

Smoke billows from the fire that consumed part of the Tutu residence on Wednesday.
Image: Facebook / John Makepeace

“The couple did not sustain any injuries and were in good spirits considering events that unfolded around daybreak today,” the statement continued.

On Facebook, community members living near the retirement village had expressed concern after seeing plumes of smoke billowing from the village.

While the cause of the fire has not immediately been confirmed, it was believed to have been triggered by a faulty gas heater.

'Fire the people that are responsible for advert,' says Malema

EFF leader Julius Malema says the party will shut down Clicks stores across the country the whole week.
News
1 year ago
Next Article