Image: EUGENE COETZEE Nelson Mandela Bay ANC councillor Andile Lungisa has been suspended by his party due to his conviction for a brawl in council in 2016.

Andile Lungisa has been suspended as a member of the ANC due to his council brawl conviction dating back to October 2016.

Lungisa, a Nelson Mandela Bay ANC councillor, was served with the letter earlier on Tuesday in Port Elizabeth.

“It is true. He was served with the letter,” he told HeraldLIVE.

Magqashela said Lungisa was suspended as the ANC’s national executive council (NEC) decided anyone with a conviction should resign for the sake of the party.

“He has a sanction and has been convicted. His judgment is not pending. The NEC said those who have been judged by a court of law must resign.

“Lungisa has a criminal record and was found guilty by a court of law having fought in a council chamber.”

Lungisa could not be reached for comment at the time of writing.

The Supreme Court of Appeal (SCA) in Bloemfontein is still considering Lungisa’s appeal against his effective two-year sentence for assault. 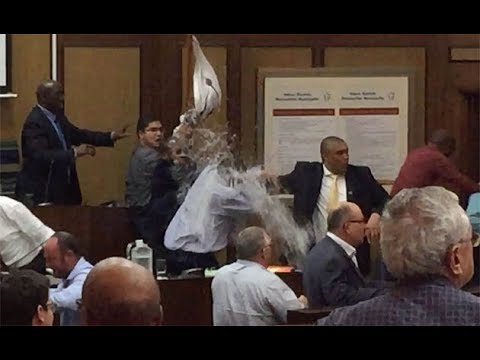 Asked if his sentence could be reduced and if the suspension would be lifted, Magqashela said: “We will cross that bridge when we get there. We don’t have anything personal against Lungisa.”