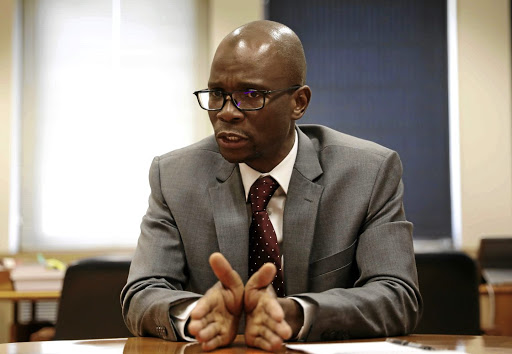 Masondo has called on politicians to deal with political interference in the running of municipalities, especially illegal involvement by politicians in the awarding of tenders and contracts.

In a frank speech on Tuesday, during the first day of the National Council of Provinces' four-day local government week - an annual event to discuss local government issues - Masondo said politicians were increasingly getting involved in supply chain management.

“In many municipalities the boundaries between the political oversight and the administrative sphere have completely broken down,” he said.

“In many instances, politicians are becoming increasingly involved in administrative affairs of municipalities, particularly around the awarding of tenders and contracts.”

ANC NEC member David Masondo said he was “taken aback,” by an alleged U-turn by the party’s integrity commission which he says had previously ...
News
1 year ago

“The difficulty in addressing the political interference is that it does not fall within the realm of the administrative actions. Our administrators, our officials at all levels of our government are not designed, are not meant to deal with the political issues,” he said.

The political issues must be dealt with by politicians, he said. Officials could not deal with corrupt politicians.

The second difficulty in dealing with political interference is that it could not be measured like overspending on a budget and usually depended on a whistle-blower to bring corruption to the fore, said Masondo.

The performance of many of our municipalities has unfortunately become synonymous with failure.

He said the time has come for leadership in municipal councils to be held accountable for poor financial management and decision-making.

“Sound financial management decision-making must be taken, including appointing officials with the requisite skills to ensure improved infrastructure delivery and conditional grant spending,” he said.

Masondo was frank in addressing municipal failures, saying despite National Treasury interventions such as the municipal finance improvement programme, the audited outcomes reported for local government have been regressing year on year.

The ANCs integrity committee has written to NEC member and deputy finance minister David Masondo asking that he “voluntarily step aside" from his ...
News
1 year ago

Masondo said since 2009, the country has been running a structural deficit, meaning its deficit was not just temporal or cyclical, but structural.

“So for more than 10 years, our expenditure has been higher than the revenue.” he said.

Despite this projected reality of declining revenue, expenditure budgets of municipalities are not adjusted accordingly, he said. Therefore municipalities are inevitably planning to spend more than they can actually receive in terms of revenue.

“The solution to this problem is that municipalities should only budget for and spend revenue that they have received or which they are realistically likely to receive,” said the deputy minister.

A further priority is to ensure that municipalities implement credit control practices, he said, adding that a financially sustainable municipality should be able to balance its revenue inflow and outflow.

Masondo also lamented that a large portion of conditional grants year on year go unspent, saying this robs communities of much needed infrastructure and services. “This is largely due to lack of forward planning by municipalities in appointing service providers to execute these projects,” he said.

Masondo said the municipal finance improvement programme was in its third phase of implementation as an intervention to assist local government in improving its spending on conditional grants and to assist municipalities in building sound revenue management systems.

He said the budget council endorsed a strategy by “team finance”, which consists of national and provincial treasuries to address municipal performance failures. The strategy has been reaffirmed at the recent budget forum and its execution would begin in earnest in this financial year (2020/21).

Masondo explained that the strategy is centred around the clarification of institutional arrangements and the identification of strategic focus areas in the form of six "game changers" that will inevitably lead to a capable and financially sustainable local government sector: funded budgets, revenue managements, Municipal Standard Chart of Accounts, audit outcomes and supply chain management.

He said they were also beefing up capacity in the National Treasury to create a stronger municipal finance recovery service unit, which will be responsible for the development of financial recovery plans where municipalities are in financial crisis.