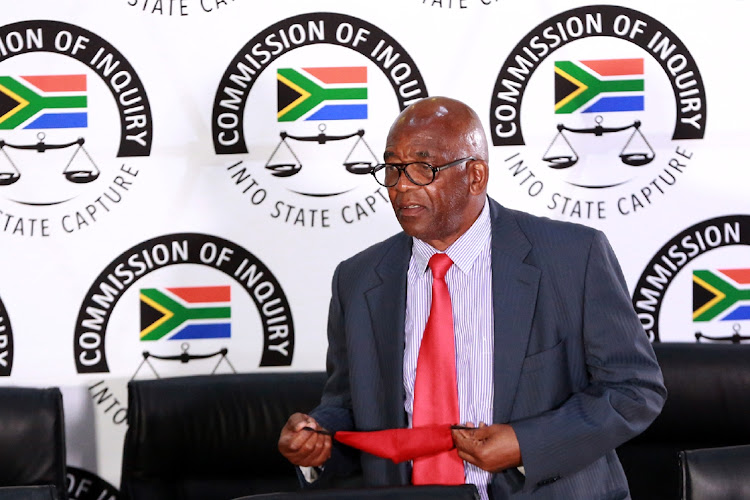 The state capture inquiry on Tuesday heard how controversial former SAA board chair Dudu Myeni knew intimate details about the inner workings of Eskom, and suggested solutions to fix the power utility despite not being in its employ.

This emerged during the testimony of former Eskom chair Zola Tsotsi. Tsotsi said on March 7 2015, he received a call from Myeni, who said then president Jacob Zuma wanted to meet him the next day in Durban.

Tsotsi claimed to have asked Myeni what the meeting was about, but Myeni insisted he would find out there.

After arriving in Durban Tsotsi proceeded to Zuma's official state house and was welcomed by Myeni, her son Thalente and Nick Linnel, a consultant who had worked for Myeni at SAA.

Tsotsi testified that Myeni briefed him about the purpose of the meeting.

“She [Myeni] made a statement to the effect that there is concern about the performance, technical and commercial, of Eskom, and said there needs to be an inquiry into the problems at Eskom,” said Tsotsi.

“She said there are complaints from the War Room [a task team led by then deputy president Cyril Ramaphosa] that Eskom is not providing reliable information. “She added that it was advisable that certain executives be suspended for the inquiry to proceed without impediments.”

Myeni also expressed her concern that if Eskom continued on a path of underperformance, it would be unable to meet its obligation to supply power to South Africans.

Tsotsi said he was uncomfortable with the suggestion that Eskom executives would have to be suspended for the inquiry to do its work without interference.

Zuma joined them and asked: “What are we talking about today?” “Again Ms Myeni introduced the subject. The discussion was primarily led by her on issues that are causing concern about performance of Eskom,” said Tsotsi.

“I raised the concern again about the affect of taking the drastic action of suspending the CEO because you want them not to impede an inquiry.”

Tsotsi said Zuma barely said anything at the meeting as Myeni did most of the talking, other than asking who were the executives likely to be suspended if Myeni's suggestion was adopted.

Former SAA chairperson Dudu Myeni's actions while running the airline and her failure to conclude two crucial deals were not mere negligence but ...
News
2 years ago

They were Eskom CEO Tshediso Matona, Dan Morakane (group capital) and head of commercial and technology Matshela Koko. Tsotsi said Zuma asked him to test the waters about the idea with the Eskom board while he would inform then-minister of public enterprises, Lynne Brown.

Inquiry chairperson Raymond Zondo said he found it “strange” that Zuma would discuss Eskom's affairs with the chair of SAA. Zondo asked if Tsotsi had asked Myeni why Eskom affairs were her concern.

Tsotsi said: “I did not address it at that meeting in Durban but it preoccupied me for some time, to the extent of calling her and asking her: 'How do you come into picture?' She did not avail herself for us to speak about it. “Ms Myeni did not conduct herself as a messenger at the meeting.

Her conduct was of someone very involved.” When he returned to Gauteng, Tsotsi instructed the Eskom company secretary to call a board meeting for the next day, when he introduced the idea.

The board shot it down, requesting that Brown come and explain in detail. Another meeting was convened on March 11. Brown addressed the board and Myeni's suggestion to send Eskom executives packing was finally carried out.

CEO Matona was suspended without reason. The establishment of the Myeni-sponsored inquiry was also adopted at this meeting. Tsotsi said from that day on, it was a southward spiral for Eskom.

Details of how former Eskom CEO Collin Matjila irregularly signed a R43m New Age (TNA) breakfast sponsorship came to light at the Zondo commission on ...
News
2 years ago
Next Article