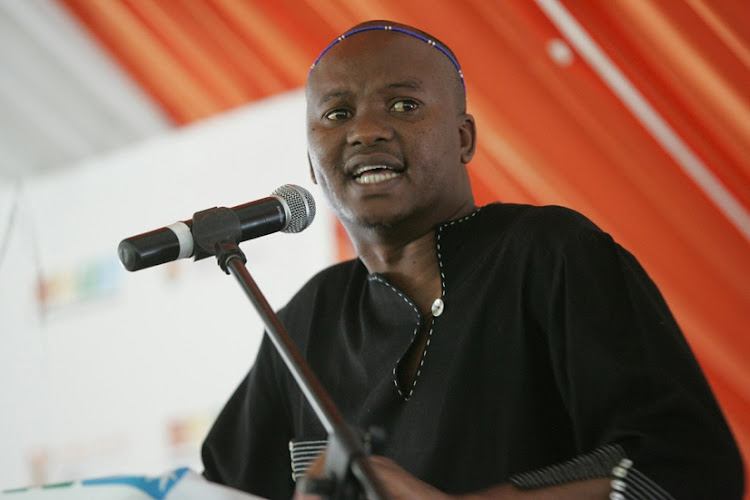 Contralesa general secretary Zolani Mkiva issued in a statement on Monday slamming corruption since the start of the lockdown.
Image: Bafana Mahlangu

Traditional leaders are so dismayed by high levels of corruption, especially related to Covid-19 relief, they are seeking an urgent meeting with the ANC and other former liberation forces to discuss the issue.

Amakhosi have described Covid-19 related corruption as “mutiny against citizenry that is tantamount to treason”.

The Congress of Traditional Leaders of SA (Contralesa) said it had been watching SA’s progress on the slippery slopes of malfeasance and maladministration for many years.

“Even so, we did not dream that our people would stoop so low as to find ways to profiteer at the expense of the health and lives of the people during a pandemic,” it said on Monday.

Contralesa general secretary Zolani Mkiva reflected in a statement on the outcry over corruption since the start of the lockdown.

The Competition Tribunal will hear the first two cases relating to irregular procurement processes of personal protective equipment in the public ...
News
1 year ago

Most sectors of society have weighed in on the grotesqueness of individuals in the public and private sectors – some with friends and relatives in high places - who took advantage of the pandemic to score profits, he said.

“It is now the prerogative of the traditional leaders, as the last line of defence, to provide guidance to the nation to its people and elected leaders,” said Mkiva.

“Almost on the very day that the first resources were made available to respond to the pandemic, there was a reverberating outcry of corruption over the distribution of food parcels meant to sustain the neediest of our people.

“Many of our municipalities should hang their heads in shame.”

He said it was unconscionable that public representatives, on whom citizens rely for help against an invisible enemy, should turn against their own people and play into the enemy’s hands.

Several government leaders and public servants have been accused of doing business with the state.

“It is a gross understatement to call it a mere conflict of interest. It is grand corruption and barbaric robbery of the public purse,” said Mkiva.

“It is a mutiny against citizenry that is tantamount to treason.”

“It goes without saying that if the public office bearers and public servants are defocused by love of money and opulent lifestyles, then the national interests are totally negated,” he said.

Contralesa called for the law to take its course. It proposed that members of the executive at all levels of the government, civil servants and municipal workers be precluded from doing business with the state.

“Government leaders have had more than enough time to establish a set of ethics to guide family members of politicians or officials in respect of doing business with the state,” said Mkiva.

He said Contralesa would seek an urgent meeting with the leadership of the ANC.

“The ANC was founded by our forefathers with a clearly articulated mission. If the leadership of the ANC has forgotten its historic mission and mandate, we will not remind them - we will find a move forward towards the realisation of our total emancipation.”

Amakhosi will also seek meetings with other participants in the liberation movement, the Pan Africanist Congress (PAC), Azapo and the SACP, and with the labour, religious and business sectors.

“Our objective with these meetings is to canvass a set of proposals we wish to put forward to solve our predicament as a nation,” added Mkiva.

President reminds Sasco of its role in the pursuit of the so-called national democratic revolution, while SACP general secretary Blade Nzimande calls ...
News
1 year ago

There is still much funding available in the government's multibillion-rand Covid-19 war chest and this week's real time audit report will enable ...
News
1 year ago
Next Article