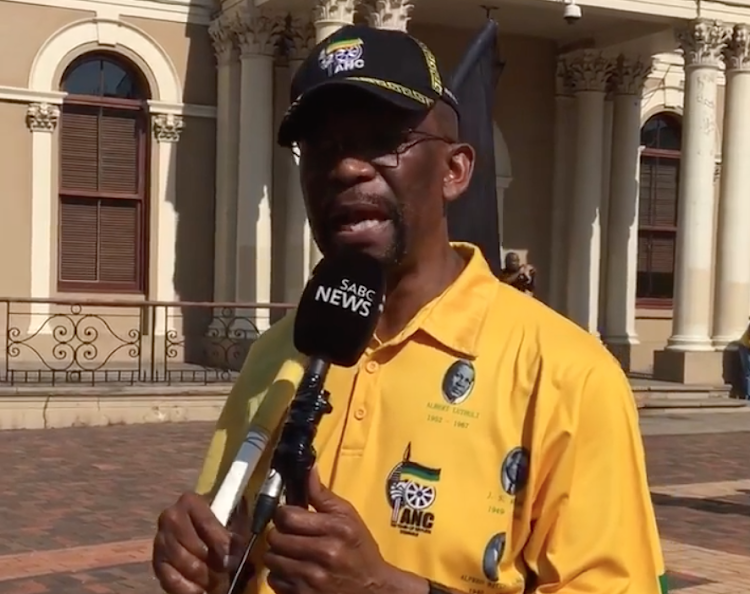 ANC regional task team leader Nceba Faku has called on all ANC public representatives to obtain a police criminal clearance certificate, something he said was a sad indictment on the party, but a necessity.

In a statement at the weekend — after Faku visited the Mount Road police station in Port Elizabeth to sort out his clearance certificate — he said he had made arrangements for all regional task team (RTT) members to do the same.

“The directives from our upper structures are clear that all RTT members and all public representatives should undergo a process to declare their interests and absolve themselves from any wrongdoing, and as such the RTT officials will lead by example. This is where this process starts today,” Faku said.

He said members needed to obtain the clearance certificates to signify they had not been charged with any crimes, were not awaiting trial and had not been accused of a crime.

“[This] is the arrangement I have made today with the authorities.

“On Monday at 11am, the ANC RTT collective will be going to Mount Road police station to undergo this police clearance process together, whereafter all ANC councillors and parliament members from the metro will follow.

“It is very unfortunate that I should be talking about this, that we as the ANC have regressed in such a way that such steps are necessary to allow us to self-correct. But we will approach this matter head-on and continue to do what is right, and that is to cleanse and rehabilitate our organisation no matter how reactionary some may become,” Faku said.

His statement comes a week after RTT regional co-ordinator Luyolo Nqakula gave Andile Lungisa 72 hours to resign from the council and step down as a task team member of the party’s ward 2 branch.

Lungisa was convicted of assault with intent to do grievous bodily harm after he smashed a glass water jug over the head of DA councillor Rano Kayser during a heated council meeting in October 2016.

He is appealing his two-year jail sentence.

In a letter to Lungisa last Sunday, the Bay regional task team said it was seeking the go-ahead from the party’s Eastern Cape bosses to temporarily suspend Lungisa’s ANC membership.

The next day, a group of protesters gathered outside the ANC’s regional headquarters, Florence Matomela House.

The group,  which said to represent 52 branches in the metro, released a list with 25 names of people they said made up the new regional task team, insisting they would operate from the party’s offices.

The ANC-aligned SA Student Congress (Sasco) has demanded that ANC president Cyril Ramaphosa see to it that the ANC-led government establishes a ...
News
1 year ago

Two of those whose names were on the list have distanced themselves from the “new RTT”.

Thembinkosi Mafana from Ward 60 said he was retracting his name from the list as he was included without consultation and without his knowledge.

Tracy Mackie said she consulted both the ANC Eastern Cape provincial secretary, Lulama Ngcukayitobi, and Nqakula and told her  the list had no legitimacy.

“For whatever cause that it was felt necessary to use my name without consultation, this remains an infringement on my individual rights,” she said. “It also affects  my privacy and public persona, which I guard vehemently.

“I will always welcome inclusive and constructive debate on ANC matters, particularly now amid serious allegations of corruption about illicit public sector procurement.

“However, this should be in a consultative forum,” she said.

ANC regional spokesperson JP Pretorius said there was no new or parallel RTT because only an upper structure could appoint and dissolve ANC structures, and there was no such intervention undertaken by the provincial executive council (PEC).

“So we are not surprised that disciplined, inducted members of the ANC, who understand the ANC constitution and have the organisation’s best interest at heart, would distance themselves from such controversy and misconduct.

“The malicious timing of this incident is nothing else than an act to undermine the PEC due to disciplinary issues of some members in the metro,” Pretorius said.

Faku said once the clearance certificate exercise had been undertaken, a report on all members facing criminal charges and disciplinary charges would be submitted to the PEC to deal with the matter at that level.