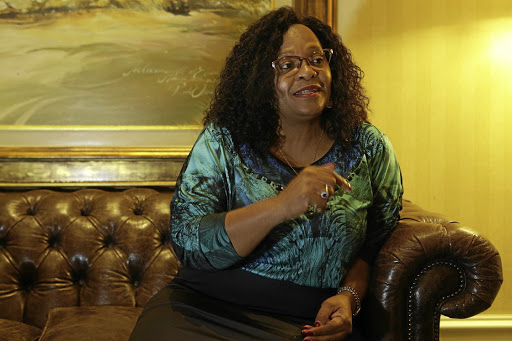 Former minister Nomvula Mokonyane had "forgotten" her surprise 40th birthday party which was allegedly paid for by Bosasa.

This was according to her testimony when she was cross-examined at the Zondo Commission yesterday, where she was taken to task by evidence leader Viwe Notshe SC over her previous evidence in which she disputed that any of her birthday celebrations were ever held at a Krugersdorp guesthouse.

Former Bosasa boss Angelo Agrizzi had told the commission last year that Bosasa CEO Gavin Watson had ordered that Mokonyane's birthday party be organised and be paid for by the controversial company which made millions from dodgy government contracts. Agrizzi had initially stated that it was Mokonyane's 50th birthday celebration but it has since emerged that it was her 40th birthday.

The minister still maintains that she never knew who had paid for the party which she initially thought was a private family dinner outing. She was at pains emphasizing that the party took place more than a decade ago and that it was not her intention to mislead the commission.

Mokonyane said as she had not been looking forward to her 40th birthday party being held there, she had been preoccupied with disputing Agrizzi's assertion that her 50th celebration themed "break your leg" had taken place.

The former minister had,during her previous appearance, denied that there had been any other birthday party  held at the Victorian Guest House. Notshe asked her how she came to forget that her 40th birthday celebration had been held there.

Mokonyane said she had gone there for a private family dinner but was surprised when it turned out to be her surprise 40th birthday which she claimed she didn't know who organised it.

"I was speaking in terms of clarifying that my 50th birthday was never held there. The issue of who paid or what happened ... I think it's not something I was interested in because I have also been part of organising surprise parties for other people; you don't say so-and-so bought a bottle of water," Mokonyane said.

Former environmental affairs minister Nomvula Mokonyane appeared at the state capture inquiry on September 3 2020 following testimonies from Angelo Agrizzi and his personal assistant against her. The testimonies accused her of allegedly receiving monetary gifts, hampers and "surprise" birthday parties from Bosasa. Here are 5 key points from her testimony.

The personal assistant of ANC NEC member Nomvula Mokonyane has defended her boss against allegations that she received benefits from Bosasa during ...
News
1 year ago

She added: "I left the house being the guest of my family and I arrived at the party and that dinner came out that it wasn't just a family dinner; I never actually came to know who had actually organised it."

When asked how did she know that Bosasa was not at her 40th birthday, Mokonyane said: "I didn't see anything branded Bosasa... I didn't see a representative of Bosasa because in the programme there was no one speaking on behalf of Bosasa."

Deputy chief justice Raymond Zondo also asked several questions: "I can't see how what seems like a big party could have been done for you without you and your late husband knowing who paid for this party, one of you must have known?"

Mokonyane responded: "It may not be, it may be. He might have also been approached to say: 'please secure Nomvula on that day, make sure you bring her along."

Two separate evidences at the commission, including that of the owner of the Victoria Guesthouse Hendrik Coetzee, had confirmed that Mokonyane's 40th birthday, which was paid for by Bosasa, was  at the facility.

Mokonyane was also asked about the source of a R2.2m deposit which was paid for her R3-m Austin Martin vehicle, the former minister asked why was there curiosity on the matter as she had thought she was appearing to respond to Bosasa allegations.

Notshe explained that Agrizzi had made allegations about Mokonyane receiving money from Watson, so it was important that commission investigated how did she afford to live beyond her means and acquired a R3m vehicle.

She also denied that Bosasa had been responsible for installing CCTC cameras at her private home saying she was always under the impression that it was the state that took care of all security arrangements. She emphasized that she had never asked Bosasa to install any security cameras in her private home.

Former Bosasa COO Angelo Agrizzi’s former PA, Gina Pieters, took the stand at the state capture inquiry on September 2 2020. She laid out how Bosasa executives made sure that flowers, hampers and other “surprises” would be sent to then minister of environmental affairs Nomvula Mokonyane and her PA, Sandy Thomas