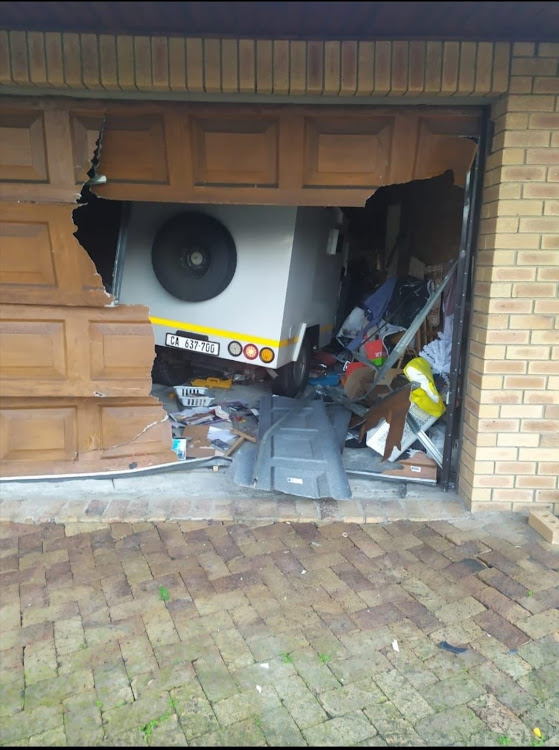 A cash van crashed into a house as its driver tried to flee armed robbers in Welgelegen in Cape Town.
Image: Twitter/@Abramjee

A cash van landed inside a residential property in Welgelegen, Cape Town, on Thursday after its driver tried to flee from robbers. He died of gunshot wounds.

Images posted on social media showed how the van had hit the house's garage, breaking the wooden door.

It came to a halt inside the garage.

Police explained how the cash van security guard and his colleagues had found themselves under attack.

“Unknown suspects shot and killed the security guard who was waiting in a cash transporting vehicle,” said Brig Novela Potelwa. “He had driven away after being shot and crashed into a nearby home,” said Potelwa.

The robbers also shot another guard at the entrance to a store.

The armed gang had attacked just as the guards arrived to fetch cash from the store.

“A substantial amount of cash was taken as the suspects fled in a black Corsa and a white VW Golf GTI,” said Potelwa.

The Corsa had been reported stolen in Khayelitsha in June.

Potelwa said a case of murder, attempted murder and business robbery was being investigated.