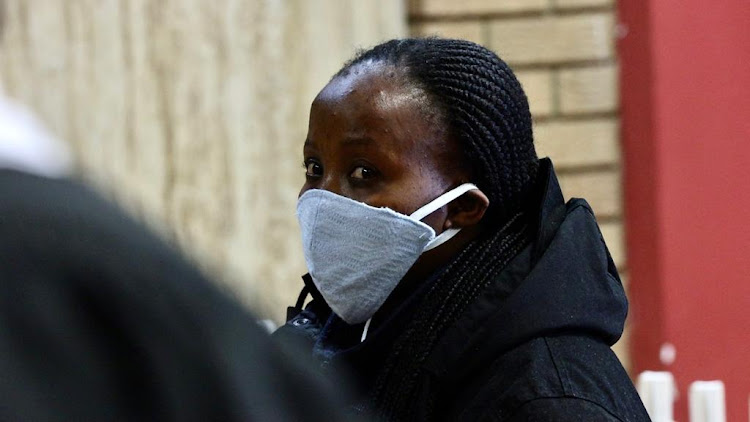 Makgodi Josephine Pheeha, accused of killing her boyfriend by pouring acid on him, was denied bail by the Soshanguve magistrate's court on Monday.

Pheeha, from Soshanguve, north of Pretoria, was arrested after the death earlier this month of her boyfriend Andile Charles Rasmeni, 30.

The state opposed her bail application.

Makgodi Josephine Pheeha, who is accused of pouring acid on her boyfriend, was denied bail at the Soshanguve magistrate's court on August 31 2020. Pheeha, appeared on a charge of premeditated murder earlier in August. TimesLIVE spoke to Johnny Rasemi, the victim's brother, who is now the only surviving member of their family.

“She states that she is five months' pregnant [with the child of the deceased]. She explained that she is not well and has not been to the doctor. She said she is employed and if she is not released on bail, will not be able to provide for her two children,” he said.

The magistrate said the state and defence agreed that she faced a schedule six offence. 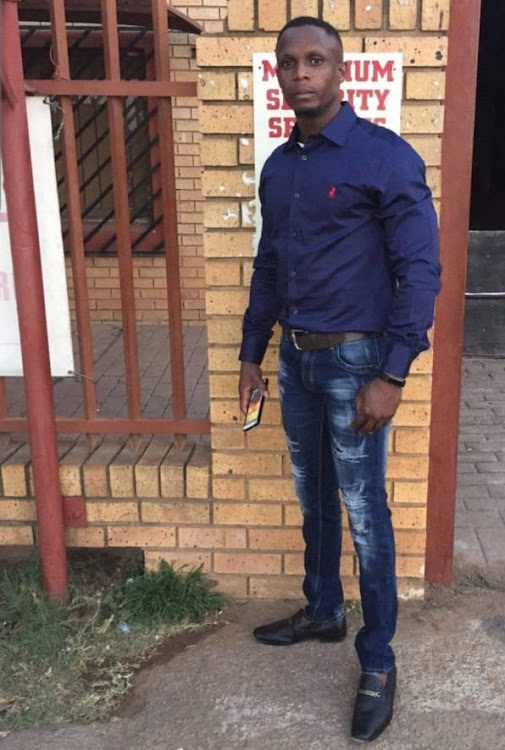 The magistrate said a witness who provided the acid had not explained why she did so.

Speaking to TimesLIVE from his home on Friday, the scene of the alleged murder on August 8, Rasmeni’s brother Johnny, 33, said he had mentioned getting Pheeha her own place to stay.

He said he was just waiting for month-end so that she can move out as they were living at our family home. He never told me why he didn’t want her any more ... They were fine but they usually fight. I never thought it would get to this,” he said.

“The thing that confuses me is that the girl is pregnant with my brother’s child. I don’t even know how I feel. Each and every day I feel like it’s a new thing. I still think that it’s just a story — I am in a dream and I will wake up.”

He recalled being called home only to find a police car and an ambulance reversing away from the house.

“I got a call from the neighbours telling me that my younger brother is sick and that I must come back. They didn’t really tell me what was going on. When I got to the gate, I saw an ambulance ... We arrived at the hospital around 12.15am ... He died at 2.30am,” he said.

He last spoke to his brother a day before he died. “He had some problem with a guy and he called me, confiding in me, and I told him we were going to sort it out. That was the last day I spoke to him.”

He said his brother's child was devastated.

The case was postponed until September 29 for further investigation.

Woman accused of killing her boyfriend by pouring acid on him

A 21-year-old woman made a brief appearance in the Soshanguve magistrate's court on Tuesday after she was arrested for allegedly killing her ...
News
1 year ago
Next Article