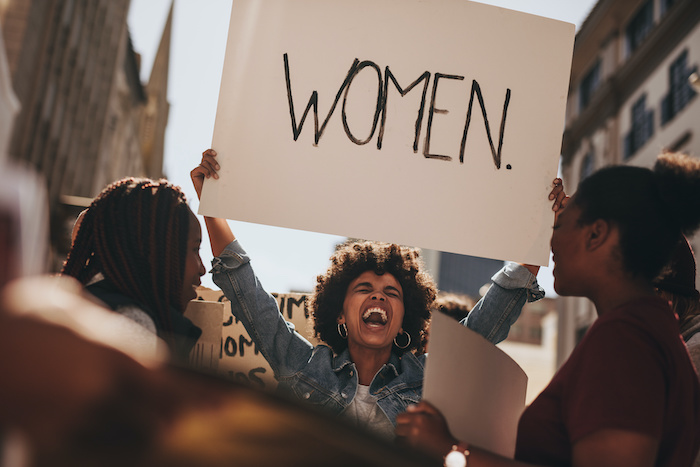 "I look forward to a day when we don't have three jobs as women. One being our day job, the job we get paid for. the second being our night job or the one we don't get paid for so the housekeeping and the childcare and all of that and the third being actually fighting to get people to pay attention," said Leila Ebrahimi associate director at PWC.

The ongoing fight for women to be remunerated fairly for their work is one that has spanned decades.

Although the gender wage gap has decreased over the years in South Africa there are nuances that make it wider in certain industries and smaller in others.

Ebrahimi was in conversation with Sowetan editor Nwabisa Makunga and other professionals such as Dr Jackie Mosomi from the Southern Africa Labour and Development research unit, Professor Anita Bosch, Zipporah Maubane, group executive of marketing at Altron and Tafadzwa Makombe an accountant and certified transformation life coach about the gender pay gap.

The ILO Global Wage report’s 2018/19 shows that women across the world are paid at least 28% less than men for doing the same job. South Africa is no different. It is one of the leading countries with the world’s highest wage inequality. Why? And importantly, how do we identify and tackle corporate cultures that entrench gender pay gaps. Join the Sowetan Women’s Club in conversation with our panel as we discuss gender pay gaps and how to empower yourself to negotiate your worth.

Ebrahimi made the case that paying women equally to men is not just a human rights issue but makes business sense.

"There is tons of research showing why supporting women is good for business and why gender diverse boards make good decisions," she said.

"Men don't want to hear that countries led by women faired better in Covid-19 fight. It's not about getting men out of the roles...its about growing the pie for everyone," she said.

Ebrahimi said its not just up to HR to make changes but that it has to come consciously from the top.

Mosomi said women who manage to get to top positions are also penalised for having families. She said women who work for law firms often have to give up partnership opportunities because they are married and have children while men do not.

"Both men and women should be able to take positions they want, you shouldn't be penalised because of your gender," she said.

But she said within the gender pay gap there is also a historical racial and class gap that still affects black women today.

"Some of the argument we are having about women feeling comfortable at the table comes back to this, because you do not know anyone who looks like you or who is from your neighborhood that has done it," she said.

Professor Anita Bosch said her advice to women is to not give their current payslip to potential employers if they want to be paid fairly for their work.

"If you apply for a job and they're asking for a payslip say no," she said.

Bosch said employees should ask for the pay scale for the job to make sure they get remunerated fairly.