Alexandra gogo feeds families who 'fell through the cracks' during lockdown 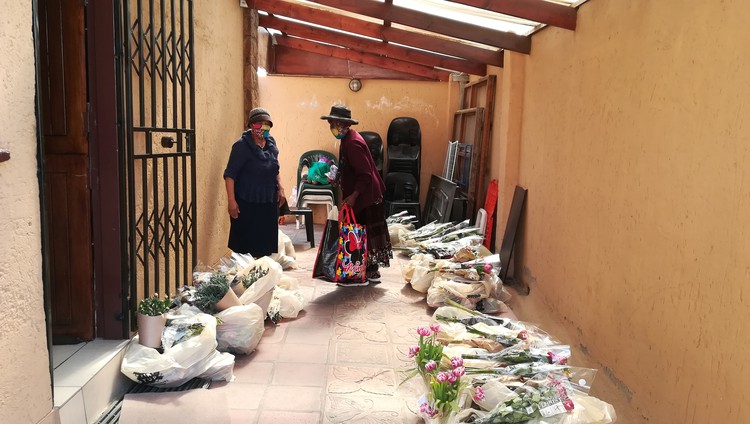 “I had more than 200 children coming to me and saying they are orphans and they are hungry. I couldn’t turn them away so I started cooking for them,” says 71-year-old Sylvia Mvumvu from Alexandra, Gauteng.

Mvumvu was born in Johannesburg and has always lived in Alexandra. She has been running a non-profit organisation (NPO) called Siyondla Umphakathi from her home since 2011. What started with providing regular meals to an orphaned child now provides regular meals to 35 families in the area.

Mvumvu said the word spread quickly that the child was receiving food from her.

“The thing that limited me then was the size of my pot. I realised there is a hunger problem in Alexandra and the school feeding schemes are not enough,” she said.

After approaching the department of social development for advice, Mvumvu registered  an NPO and partnered with shops in the township. She said she also started sending food home because “the children would often ask me to dish a bit more so they could eat with their gogos at home”.

In 2016, Mvumvu secured a contract with Woolworths in Centurion. The contract is renewed every six months.

“Woolworths came and did health and safety checks and since then I have been working with them. I collect the food from them and put it into packages for distribution,” said Mvumvu.

She said elderly people and children collect food about three times a week.

When the lockdown started, Mvumvu said she could no longer feed the children but continued with the feeding scheme for the elderly as it did not involve cooking and was easier to ensure safety protocols were followed.

“I want to reach many more people, but I don’t have funds to get my own building so I can run a proper operation with an office and catering-size kitchen,” she said.

“The other limitation is that some children and elderly people live far away, but they need food. I would love to get a bakkie to deliver  food to those people,” Mvumvu said.

This week, Mvumvu’s driveway was covered with bouquets of flowers and food parcels being packed by the Siyondla Umphakathi team. The packages consisted of strawberries, blueberries, spinach, lettuce, potatoes, tomatoes, peas, bread and other food.

At about 2pm, elderly people from the community started trickling in. They were allowed through the gate one at a time. Every person wore a  mask, and their hands and shoes were sanitised.

Leah Mtshali, 76, who lives with her two grandchildren, has been collecting food parcels from Siyondla Umphakathi for several years.

“This package of food helps to feed my grandchildren because I can’t pay for everything out of my pension,” she said. Mtshali said Siyondla Umphakathi used to host workouts and sewing and knitting classes to keep them active.

“It  brought us together as a community of elderly people, but I must say I don’t miss the gym classes. I’m too old for that,” she said.

Ward councillor Moses Pandeka said Siyondla Umphakathi helped reach people who had “fallen through the cracks” during the Covid-19 pandemic.

“Because of the large population in Alexandra, the social relief government gave doesn’t always reach everyone. That is where NPOs like Siyondla Umphakathi have stepped up,” he said.

Most children are provided meals at school through the school nutrition programme, he said, but during the lockdown those children could not collect food as usual because they live far from their schools and parents did not have money for transport.

A group of young people started a soup kitchen because children were not getting food at home, “which shows the community has come together during this time,” said Pandeka.

Five months into the Covid-19 pandemic, financial distress remains a concern among South Africans with as many as 61% reporting a loss of income.
News
1 year ago

SA recorded another 2,585 new Covid-19 infections in the past 24 hours, the health ministry said on Thursday.
News
1 year ago
Next Article