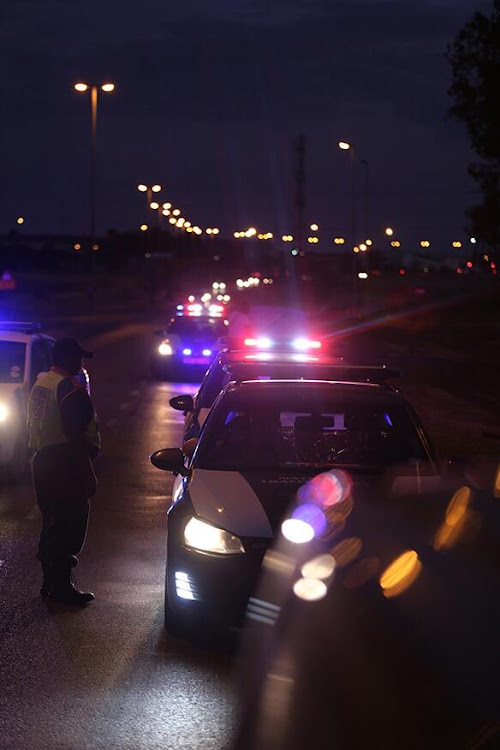 The lights of an approaching ambulance startled the driver of a vehicle allegedly transporting stolen sheep, leading to a sudden U-turn and a crash, officials believe.
Image: RTMC

Startled by an approaching emergency vehicle, the driver of a car containing stolen sheep decided to do a sudden U-turn, which resulted in a collision that led to seven fatalities.

This is according to preliminary information from the Road Traffic Management Corporation (RTMC), which said all the fatalities were occupants of the sedan.

Two people in an ambulance were injured.

Road crash investigators from the RTMC are at the scene of the accident in the Northern Cape, which took place on Thursday morning.

“It is alleged that the crash happened when the ambulance collided with a sedan on the N4 between Kuruman and Kathu,” said the RTMC.

“The occupants of the sedan had apparently stolen sheep and they panicked when they saw an approaching ambulance. The driver of the sedan attempted to do an illegal U-turn on the road, resulting in the ambulance crashing into the vehicle.”

Seven sheep carcasses were discovered in the sedan.

A case of culpable homicide will be investigated by Kathu police.

The RTMC said it will work with the police to determine all factors that may have contributed to the crash.

Two men a mob believed were part of a stock theft syndicate were stoned to death and their bodies burnt to ashes in Stutterheim, Eastern Cape, on ...
News
1 year ago