The five men implicated in the Putfontein killings consulted their lawyers during the court proceedings on Tuesday.
Image: Supplied

An uncle and nephew implicated in a string of gruesome murders at Putfontein in Benoni have withdrawn their bid to be released on bail.

During their last court appearance, co-accused Eugene Roberts revealed sordid details about how they allegedly shot, decapitated and disposed of one victim by shredding his body and feeding it to pigs.

On Tuesday, when their bail application was set to continue in the Daveyton regional court, with investigating officer Dt-Sgt Moswarisheng Makofane returning to the stand, lawyers acting for Ronald and Jean Pierre Holmes said they were instructed to abandon bail proceedings.

Their case was subsequently transferred to the Benoni magistrate’s court.

SowetanLIVE reported that Makofane had earlier testified that Roberts allegedly confessed about how the Holmes pair, along with Mduduzi Mike Mpotswane, had put the body of a victim in a grinding machine and later fed the shredded remains to pigs. “Roberts showed the police a video of them [the trio] shredding the body,” he said.

The group, excluding Mpotswane, had been charged with this murder and that of Tony Mziza who was shot dead and set alight in May, also in Putfontein. 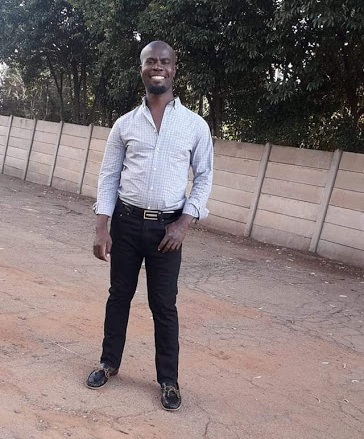 Roberts and Mpotswane had in earlier proceedings chosen not to apply for bail.

A fifth man, Steven Cloete, who like Mpotswane faces only charges of theft in the case, joined the other accused in the dock.

The elderly, frail looking Cloete,  was arrested last Thursday on another matter involving a hijacked truck carrying electronic devices. He was subsequently charged in this matter  too. SowetanLIVE's sister publication TimesLIVE has learnt that Mpotswane was his employee and, like Mziza, Cloete was a tenant, operating his business from Roberts' plot.

Seemingly hard of hearing, the 62-year-old cupped his ear, turning it to the magistrate as he followed proceedings and agreed to take on the service of a legal aid attorney.

Cloete is alleged to have stolen plastic granules from Mziza’s storage area on Roberts' plot.

Four men appeared in the Daveyton regional court on two counts of murder yesterday after months of investigations into the disappearance of a tenant ...
News
1 year ago

The 37-year-old Mziza’s charred remains were found in May after his family reported him missing. His stock, worth almost R400,000, disappeared from the storage area.

His family said his body was found burnt beyond recognition near the plot. Only part of his shoe could be identified.

As the case progresses, the court agreed to apply section 157 of the Criminal Procedure Act which would see Mpotswane and Cloete, who have lesser charges, separately tried from the Holmeses and Roberts.

Mpotswane and Cloete’s case will resume in Daveyton on September 3, while the other three accused will appear in the Benoni magistrate’s court on October 22.

Mpotswane entered the court on Tuesday and sat in the dock alongside his co-accused, looking sheepishly about.  Mziza's family was also in the court.

Before a resumption of court proceedings, tensions flared  as lawyers acting for the accused clashed with a photographer taking pictures of them in the dock.

The Daveyton magistrate’s court heard yesterday how an unidentified man had his head and hands cut off before his headless body was burnt to ashes ...
News
1 year ago
Next Article