The hijacked vehicle which hit six children, killing one and injuring the others.
Image: Rusa

Police have launched a hunt for two men, and possibly more accomplices, who ran over six children, killing a 13-year-old, while evading arrest after a hijacking on Monday evening.

“At approximately 6.07pm the tracking device on a 2013 silver Ford Figo Ambiente that was hijacked from Parlock in Newlands was activated and emitting signals in the Inanda area. Members of Rusa, Tracker and the Inanda police began honing in on the signal.” 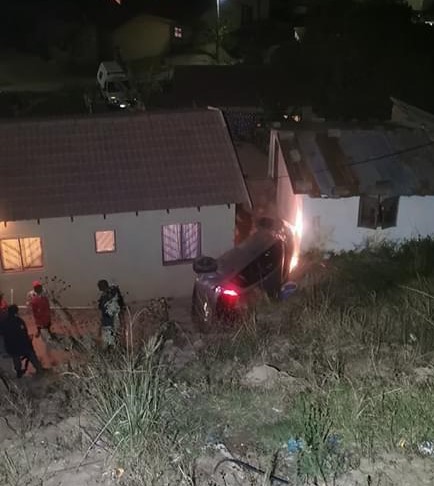 Suspected hijackers lost control of this vehicle, which hit six children before rolling down an embankment and lodging between two houses.
Image: Rusa

Balram said the suspects sped off when they noticed a Tracker vehicle approaching them.

“They lost control of the hijacked vehicle and ran over six children who were standing on the side of the road before plummeting down a steep embankment. The Ford Figo landed on its side and was wedged between two houses. The suspects managed to get out of the vehicle and fled.” 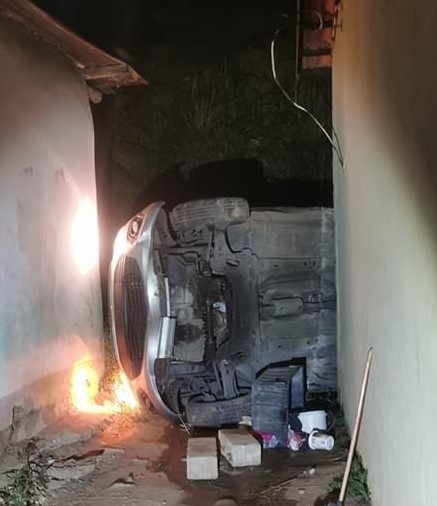 The two suspects managed to get out of the damaged vehicle and fled.
Image: Rusa

Police spokesperson Capt Nqobile Gwala confirmed the incident and said the children were rushed to hospital for medical attention. He said a 13-year-old girl died in hospital.

“The other five are still in hospital. The suspects are being sought by police.”

A taxi driver faces a murder charge after allegedly killing a Cape Town traffic cop by running him over at a roadblock then dragging him 200m.
News
1 year ago

Police have reported that the body of a retired Eastern Cape legislator who was reported missing after being abducted in an apparent hijacking near ...
News
1 year ago

Residents, holidaymakers and hotel staff prayed, sang hymns and openly wept as a lifeguard tried in vain to resuscitate a five-year-old boy, who had ...
News
1 year ago
Next Article