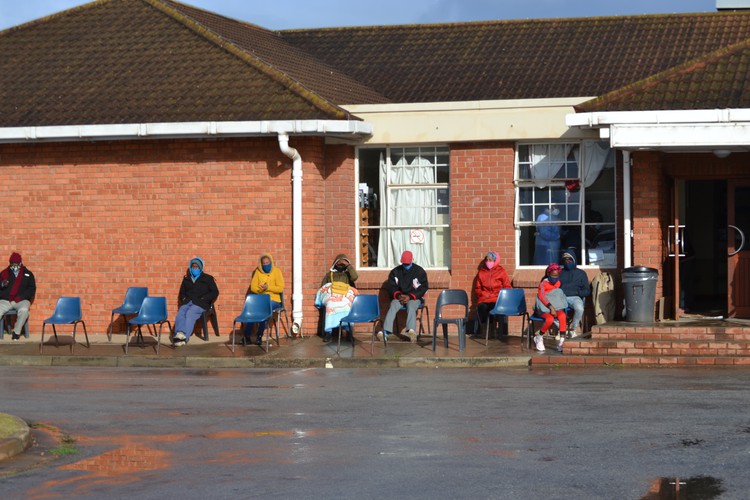 Poor infrastructure, shortages of staff and medication, and ailing patients forced to wait in the rain — these were among the problems health activists and human rights monitors found at clinics in Uitenhage and Despatch last week.

“We are concerned that in the fight against Covid-19, we have neglected primary health care services especially in the Eastern Cape. Covid-19 is not raising new issues but rather highlighting pre-existing issues,” said Ncumisa Willie, research adviser to South African Human Rights Commission (SAHRC) chairperson Bongani Majola.

Willie joined a delegation of health department officials, monitors and members of the Treatment Action Campaign (TAC), Eastern Cape Aids Council, Eastern Cape Health Crisis Action Coalition, and the Civil Society Forum on visits to three public clinics in Uitenhage and two in Despatch last week. The delegation is expected to do spot visits at more health facilities in the province this Wednesday.

The Eastern Cape has been the province hardest hit by Covid-19 so far. The latest Medical Research Council mortality report estimates over 8,400 deaths more than historical trends would expect there to have been. This is by far the worst provincial excess death rate relative to population size in the country.

Over the past few weeks, the TAC and its partners have been monitoring the situation at clinics across the province. About a month ago, TAC monitors at Laetitia Bam Day Hospital witnessed confidential patient files being handed over the fence. The monitors said poor and sick people were exposed to all weather conditions and that physical distancing was not being encouraged by clinic staff.

After a meeting with the Eastern Cape department of health, they decided to do a joint oversight visits at the 48 clinics in Nelson Mandela Bay metro.

TAC general secretary Anele Yawa said once their oversight visits were completed at the end of August, they would release their findings in detail.

We return to March 27 2020 when South Africa went into lockdown. One hundred and fifty days would pass bringing controversy, unemployment, joy and grief. Here's a brief look at what the country has been through. #Covid19 #SALockdown #Coronavirus Subscribe to MultimediaLIVE here: https://www.youtube.com/user/TimesLive

As many as 8,000 people may already have died in the Eastern Cape as a result of Covid-19 — almost four times higher than the government’s official ...
News
1 year ago

Willie said she spoke to some patients during the visit who complained about being turned away because clinics didn’t have chronic medication. “In some facilities where staff had tested positive for Covid-19, clinics closed, making it impossible for users to access health care ... We were also informed that due to fears of Covid-19, some clinics had resorted to dispensing medication through the fence. This is a clear violation of the right to privacy, which can also serve as a deterrent to patients who need to access HIV and TB medication due to fear of stigma.”

At Laetitia Bam Day Hospital, the largest clinic in KwaNobuhle, a nurse working in the trauma section told officials: “Patients are using a bed that is 15 years old. We always stand next to this bed because it’s unstable if you lean on it.” She also complained about how small the trauma unit is and that paint was peeling off its walls.

In the courtyard area, dozens of patients sat outside, against the wall while it was drizzling. Most of the clinic space was cordoned off due to a R3.9m refurbishment project under way. Construction was to have been completed in November last year.

Yawa asked staff about the incomplete project. “Why are our people subjected to these conditions of sitting outside while it rains? Why has a project that was supposed to be completed last November not been finished?”

Clinical manager Phindi Ketshengane replied, “The refurbishment project will be completed. All the clinics in Nelson Mandela Bay were sponsored with tents in the past, for patients to sit in them and be safe. Those tents were taken away by the donor, because they were only for a certain period.”

Though the question of whether the Eastern Cape health department should be placed under administration has come up in parliament, health minister ...
News
1 year ago

At Lukhanyo Clinic in Khayamnandi, patients in wheelchairs are seated outside for about 30 minutes because the clinic is too small and has no waiting area inside.

Yawa told the delegation that he could only describe Lukhanyo Clinic as a toilet, because it was very small. He said cardboard boxes were scattered about its passages.

Facility manager Thumeka Xentsa said the clinic served more than 10,000 people in and about Despatch.

Xentsa told the delegation: “When you are three staff members and you want to talk with one nurse, you must go outside into the yard because we don’t have space in here.”

At Gustav Lamour Clinic in Despatch, Yawa told the nurses and facility manager Elaine September that he had “thought this clinic is a tuck shop”.

The clinic, made out of prefabricated material, has been burgled several times and computers were stolen.

September said: “The clinic was closed once for a week during lockdown as the staff who tested for Covid-19 were waiting for their results.”

Yawa said TAC and its partners would continue their efforts to get government officials to account for the deplorable state of facilities and poor access to health care exacerbated by the pandemic.

This article was first published on GroundUp