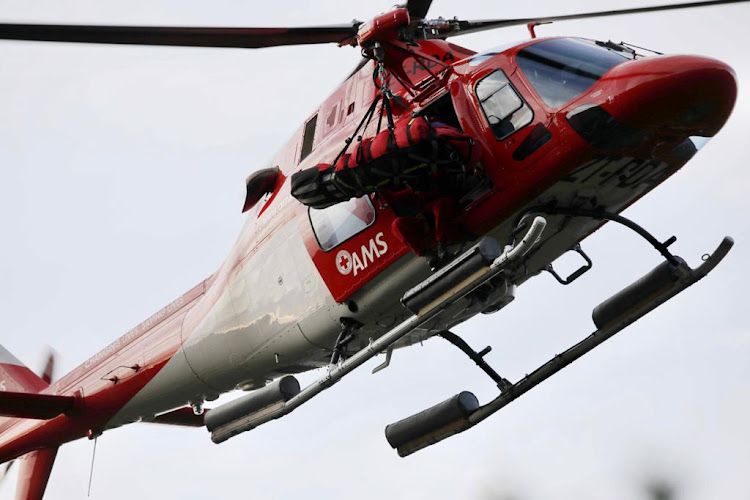 Two trail runners spent a night on a Western Cape mountain at 1,766m above sea level after getting stuck on a ledge at the weekend.

When rescuers arrived at their position on Wemmershoek Peak, north of Franschhoek, in a helicopter on Sunday morning, they found the women had only their running clothes and a water bladder with fluids.

They were found “in good spirits”, but said they were longing for a cup of coffee.

Wilderness Search and Rescue (WSAR) spokesperson Johann Marais said they were alerted at 7pm on Saturday that the pair was having difficulty finding the Perdekop footpath in the mountains above Wemmershoek.

“We were able to communicate with them on cellphone and via WhatsApp, and learnt that they found themselves stuck on a ledge and considered it impossible to get off,” he said. “They mentioned they were experienced mountaineers and would be able to stay the night if WSAR would assist them after first light on Sunday,” said Marais.

“Sunday dawned as a beautiful sunny day with clear skies, even high up on Franschhoek Pass. Our ground team and radio communication experts gathered at the entrance to Mount Rachelle reserve at the highest point on Franschhoek Pass,” said Marais.

A helicopter and 16 search and rescue crews are looking for a trail runner who disappeared after going for a run along Table Mountain on Monday.
News
1 year ago

“The two women told us they were able to see Worcester, so the helicopter crew knew which side of the ridge they had to search,” said Marais.

He said the Air Mercy Service helicopter pilot spotted them within 10 minutes of taking off, and the women were airlifted to safety.

“The two women were trail runners who had set out from the western side of the Du Toitskloof tunnel and ran over eight peaks before they lost the foot path and eventually landed up on the ledge,” said Marais.

“They were in good spirits and longing for coffee, which they had as soon as we had done a debrief.”

He advised against taking on difficult or unknown terrain in the dark, and said mountaineers, hikers and trail runners should instead sit tight and call WSAR on 021 937 0300.

“Always be prepared for any eventuality if you venture into the wilderness,” he said.