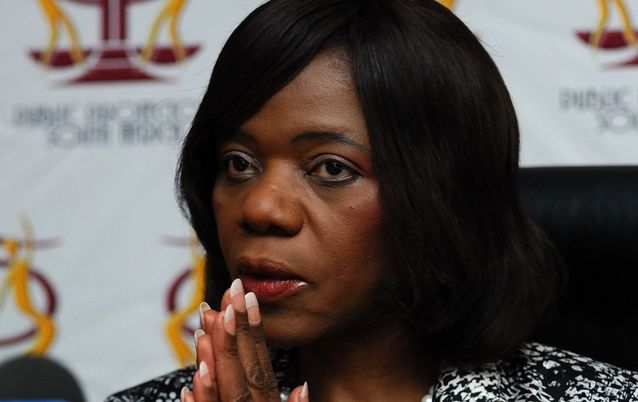 Sandile Zungu, of the Black Business Council, also spoke at the event, describing corruption in SA as being on “steroids”.

“The ‘Stop C19 Corruption’ rally featured speakers across several provinces, from labour, business, civil society and the faith-based sector. They addressed hundreds of participants, making the call for greater accountability and transparency around Covid-19 procurement,” the foundation said in a statement on Sunday.

“The rally followed a recent moral call by the SA Council of Churches (SACC) and several foundations against C19 corruption.

“Speaking at the rally, former public protector and founder of the Thuma Foundation Thuli Madonsela said that civil society needed to make the fight against C19 corruption sustainable. She called for a ‘united front’ so that civil society could consistently check that ‘democracy is doing what it is supposed to be doing’.”

The failure by the ANC to implement decisions taken at its conferences has allowed corruption to flourish in the country.
News
1 year ago

Madonsela said corruption was a threat to SA's democracy and that the government needed to work closely with civil society to tackle the problem. She said a meeting had been requested with President Cyril Ramaphosa.

“At that meeting, we should demand an end to the barricade where the president and government are on one side and the rest of us are on the other.”

The call was supported by Kathrada Foundation board chairperson Derek Hanekom and the SACC’s Rev Frank Chikane.

The rally was held on what would have been struggle stalwart Ahmed Kathrada’s 91st birthday, and a day after the 37th anniversary of the establishment of the United Democratic Front (UDF).

Hanekom said the “responsibility to our democracy requires us to do more than simply looking at the state of affairs” while Chikane added, “We must make sure that the people of SA are so organised that no corrupt person will have a place to hide.”

Faith leaders including Moulana Abdul Khaliq Allie from the Muslim Judicial Council, Brij Maharaj from the SA Hindu Maha Sabha and Rabbi Sa’ar Shaked added their voices to the call to work together.

Zungu, of the Black Business Council, also endorsed the call.

“Quite frankly, corruption is a huge threat to the cause of broad-based black economic empowerment. It robs legitimate black business of opportunities to do business with their own government,” said Zungu.