Nothing irregular in appointment of university VC, says Blade Nzimande 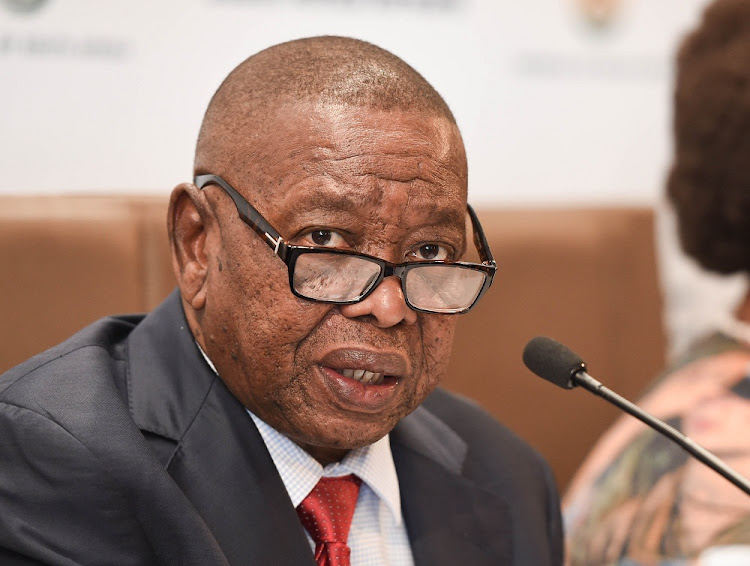 Higher education, science and technology minister Blade Nzimande has rejected suggestions that he failed to act on allegations about graft and sexual harassment at two universities in Limpopo.

Nzimande appeared before the portfolio committee on higher education, science and technology last Tuesday, where he was invited to elaborate on the appointment of Prof Peter Mbati as Sefako Makgatho Health Sciences University vice-chancellor amid allegations of sexual harassment against him dating back to his time at the University of Venda.

“Minister Nzimande rejects in the strongest terms any suggestion that he and the department had faulted by way of ‘inaction’ in respect of allegations of graft and sexual harassment at the Sefako Makgatho University and the University of Venda, respectively,” the ministry said in a statement on Monday.

“This suggestion is simply not supported by the facts.”

The ministry said Nzimande had acted expeditiously and within the prescripts of the Higher Education Act and the constitution when the allegations of sexual harassment, financial impropriety and maladministration were brought to his attention.

The council of the University of Venda appointed an independent mediator to investigate the complaint against Mbati, and the findings were inconclusive.

Nzimande said the council cleared Mbati of the allegations in July 2016.

“Based on the findings, and legal outcomes of the labour court where this matter was further disputed, the minister could find no legal grounds on which the council of the University of Venda could be held to have acted inappropriately or delinquently in relation to the specific matter of alleged sexual harassment by the former vice-chancellor,” Nzimande said.

The minister said unless any new and credible information to the contrary came to his attention, there was nothing irregular or unprocedural in the recruitment and recent appointment of Mbati as the vice-chancellor of the Sefako Makgatho University.

“The minister takes the issue of sexual harassment, discrimination and gender-based violence in the most serious light, and has taken several steps to promote a nonsexist and inclusive environment in the post-school education and training sector.”

In relation to allegations of graft concerning Sefako Makgatho University, Nzimande said when this was brought to his attention by former vice-chancellor Prof Chris de Beer in 2019, it was referred to the Hawks for criminal investigation. Nzimande also met the council to receive a report from about the matter.

“At the time, council assured the minister it had initiated a forensic investigation into allegations of corruption and maladministration at the university.”

Nzimande said the council had submitted a copy of the report to him.

“The report is being analysed and the minister will consider his options. The university is expected to provide a report on concrete steps taken to administer executive administrative justice by holding guilty parties accountable and correcting any loopholes.”

Higher education, science and technology minister Blade Nzimande has come under fire in parliament for “failing to act” on allegations of graft and ...
News
1 year ago
Next Article