AmaBhaca 'King' Diko denies his accounts have been frozen 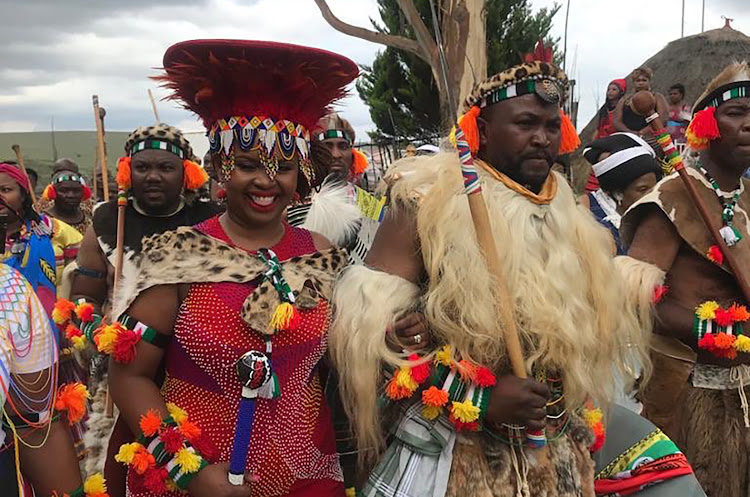 The account of controversial AmaBhaca senior traditional leader Nkosi Madzikane II Thandisizwe Diko could not possibly have been frozen because he withdrew R5,000 to feed his pigs on Friday afternoon.

Diko, who is the husband of presidential spokesperson Khusela Diko, was reacting to media reports earlier on Friday that the account of Royal Bhaca Projects had been frozen. Diko also claims to be the rightful king of the AmaBhaca, a claim strongly disputed by many high-ranking traditional leaders.

Speaking to DispatchLIVE at about 4pm on Friday, Diko said:  “Our account as  Royal Bhaca Projects is not frozen. I have just withdrawn R5,000 for food for the pigs. There is no account that our account is frozen,” he said

The Special Tribunal of South Africa has granted an urgent order freezing nearly R40m in the bank accounts of 40 companies in Gauteng for their ...
News
1 year ago

Diko said that he was the sole director of the company and as such he should be the first to know.

According to News24, the Special Investigating Unit (SIU) had been granted a court order on Thursday to freeze the bank accounts of about 40 entities linked to an irregularly obtained PPE tender by the Gauteng health department.

Among those entities was Royal Bhaca Projects, the report said.

“There is no freezing of the Royal Bhaca account. We were not among the companies were in the special investigative tribunal, therefore there could not be any order to that effect. I would comment if it was a situation that they are intending to freeze it, but even if that is the case, no authority could just freeze the account,” Diko said.

He added he was not even aware if there were any charges against Roya Bhaca Projects.

“I am not aware of any charges formulated or pressed against Royal Bhaca Projects. If there were any I should as the sole director been made aware. I am not facing any charges. I am not saying that they won't press any charges if they so wish in future, but there are no charges I know now.”

He said that the had been no transaction to Royal Bhaca regarding the personal protection equipment tender.

“There nothing, not a single transaction,” he said.

The Gauteng ANC provincial integrity commission has promised to work around the clock to ensure that its investigation into the conduct of party ...
News
2 years ago

Fed-up Eastern Cape villagers have taken a tough stance against the husband of Khusela Diko, the beleaguered spokesperson of President Cyril ...
News
2 years ago
Next Article