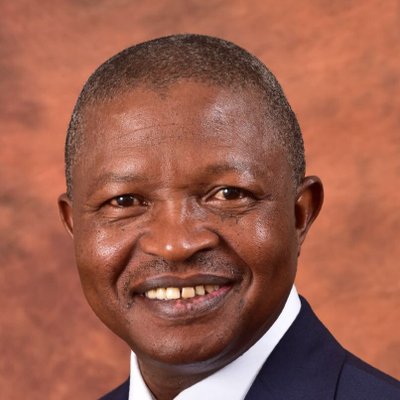 Deputy President David Mabuza is heeding medical advice by staying away from parliament, according to an ANC MP.
Image: David Mabuza via Twitter

Deputy President David Mabuza is neither “incapacitated” nor lying in a sick bed at an “ICU” but is merely heeding medical advice by staying away from question and answer sessions with MPs in parliament.

That's according to senior ANC MP and Mabuza's parliamentary counsellor, Hope Papo, who told a meeting of the National Assembly programme committee on Thursday that the DA was being “insensitive” after it enquired about the deputy president's whereabouts.

During the meetings, DA deputy chief whip Jacques Julius complained about Mabuza's postponed oral question and answer session, due to take place on Thursday afternoon, saying it affected parliament's ability to hold the deputy president accountable and its other oversight responsibilities.

The latest postponement of Mabuza's session follows a similar one in July when he asked for a rescheduling of his appearance in the National Assembly and National Council of Provinces on medical grounds.

“The deputy president could not appear and those questions are standing over. There's some kind of public outcry out there and a decision must be taken or some kind of explanation must be given,” said Julius.

David Mabuza still too ill to answer questions in parliament

Deputy President David Mabuza has written to National Assembly speaker Thandi Modise informing her that he is unable to attend to his scheduled ...
News
1 year ago

“It's been going on for a very long time, where the deputy president has been ill. It's a real concern that we do not get proper communications ...but also what happens with these questions and the work of the leader of government business?

“I think the executive needs to explain what to do in terms of getting someone to answer those questions because the work must continue, although we feel for our colleagues that are ill.”

This did not sit well with Papo, who blasted the DA MP for raising the matter, arguing that Mabuza's absence had been communicated to National Assembly speaker Thandi Modise and agreed to.

“The deputy president wanted to come and answer questions, he was ready. Medical advice said he must just wait a bit and then there was an agreement with the speaker that there would be a mutually agreed date.

“Must the deputy president defy medical advice so that he can deal with the public outcry ... the deputy is not incapacitated but he was asked to not actually answer because when you deal with having to speak for long time, three hours, four hours, that actually happens,” said Papo.

The deputy president is ready to come and answer questions but he cannot defy his medical team.

“It's very surprising that in the midst of colleagues having passed on, four of them both in the DA, the ANC and various parties, Mr Julius can come and make these kind of insensitive statements. The deputy president is ready to come and answer questions but he cannot defy his medical team.

“He talks, he's walking and about ... but that doesn't mean if the medical team say you must be off, you create an impression that the deputy president is in ICU. He's not in ICU, he's in dynamic contact with the speaker. So every time this matter comes, Mr Julius casts aspersions on the deputy president and I think it's an issue which the speaker and the presiding officers must deal with.”

DA chief whip Natasha Mazzone sprang to her deputy's defence, saying his questions were not in bad faith.

“Mr Julius does not act with malafede [bad faith] and he's not acting in a spurious fashion when he asks these questions. He's not asking these questions in a personal manner towards the deputy president. He's asking the questions in a practical fashion as to if the deputy president is incapacitated due to ill health, what then happens in terms of who leads us in government business and who leads in terms of questions that remain unanswered for a long period of time. That is a responsible question to ask.

“If he's incapacitated for a certain period of time one would expect that someone steps in and assists the leader of government business so that he does not defy medical orders. I think it's very unfortunate that the honourable Julius is being painted as uncaring [but] we still need look after issues of government and national importance.”

The Mpumalanga woman who claimed that she saw deputy president David  Mabuza drafting a hit-list for his political foes to be assassinated pleaded ...
News
1 year ago

The MEC for health in KwaZulu-Natal has come under heavy criticism for allegedly blocking a scheduled oversight visit to Stanger Hospital by DA ...
News
1 year ago
Next Article