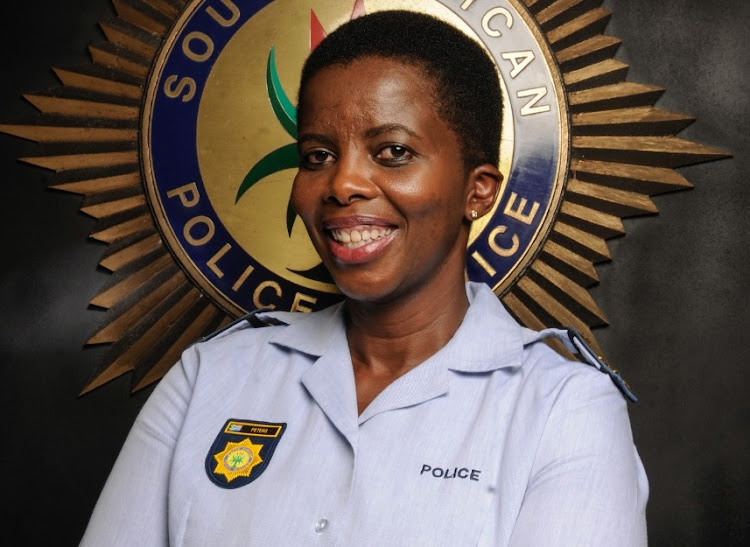 Mathapelo Peters never wanted to study commerce. The first time she went to university, it was more to please her parents who nudged her into doing a BCom degree. Now though, she’s at Henley Business School Africa doing an MBA — and loving it.

She hopes the MBA that she will graduate with in 30 months’ time, will provide the finishing touches to her true calling: government communications.

She discovered that passion after leaving university the first time.

Back home in Kimberley, after packing in her formal studies, she was walking through the corridors of the Northern Cape department of co-operative governance and traditional affairs, when she met an old friend who was the spokesperson for the MEC. The friend had a sheaf of newsletters in her hand. Peters asked what they were. “She said she was doing them on her own, so I just said let me help you as a favour, because I’m a very good writer. It was a stroke of luck really.”

Peters taught herself layout and design and then ultimately enrolled for a Bachelor’s Degree in Communication Science through Unisa. That degree and her drive saw her hold a number of increasingly senior roles in communication from the local Frances Baard district municipality and back to co-operative governance as assistant director.

She resigned in 2014, to move with her family to Johannesburg. Her husband had been a career police officer before leaving to head up security for a national bank group. Now she was about to join the service, having applied for and won the opportunity to run the SAPS stakeholder relations department at headquarters in Pretoria.

A year and five months later she was promoted to brigadier and sent to Johannesburg as the provincial police spokesperson for Gauteng; the busiest, most diverse and definitely most difficult province of them all from a policing perspective. That was November 2016.

“I was sent to police college in May 2017, five months into being appointed as provincial head (brigadier). I had to undergo the basic police training as I had been appointed in terms of the South African Police Service Act.

“I was packed off to (the police college at) Philippi in the Cape for three months. It was daunting being away from my family for that time.

“Learning how to shoot and do all those things was fun, but it also gave me the confidence to wear the uniform and understand the special nature of the police service.”

Now she’s at Henley Africa, the winner of the inaugural Hidden Heroes scholarship, studying towards her MBA.

“The key thing about the police is that we are a service organisation and our clients are the public — and the public perception at this stage is very low,” she says. “Several years ago, one Victims of Crime Survey by Stats SA found that victims were not reporting crimes any more because they lacked confidence in the police to do anything about it.

“We have to get the message out there that just because there are few bad apples out there, the public shouldn’t lose faith. There are many great men and women doing their very best to serve and to protect. My job, and that of the senior management of the service, is to change negative perceptions and let the public see the true face of the police. It’s a very exciting — and very important — challenge.”

New police unit to be established to tackle taxi violence

An investigator for the commission of inquiry into taxi violence says a new police unit which will be resourced and budgeted for will be established ...
News
1 year ago

Peters hopes an executive MBA will give her the skills to do that even better.

“I was lucky, yet again,” she says. “I was standing in for the police minister’s spokesperson when Henley approached the SAPS looking for officers to be nominated as part of their Hidden Heroes’ campaign.

“I was very privileged to be nominated and honoured to actually win it. I know two Henley graduates personally, and I have seen how they’ve transformed their lives professionally and I always wanted that chance too.

“The first three days of our course were all about leadership and personal development and I realised that I've got so much more to learn in the next 30 months. I’m looking forward to the journey; building my confidence as a leader and developing my analytical and critical thinking skills, all of which will help me do my job better to fix the SAPS’ reputation and achieve my full potential to one day move up the ladder to executive management — because I believe I have a lot to offer.”

Jon Foster-Pedley, dean and director of Henley Africa, said he was delighted that Peters had accepted the scholarship.

“The Henley mantra is that we build the leaders who build the businesses who build Africa, but the critical thing here is to realise that no single sector holds the solution to resolving SA’s inequality. Narrowing the Gini coefficient will be determined by how well we harness our public private partnerships and live the spirit of ubuntu — our interdependence upon each other.

“Hidden Heroes is the latest leg to that scholarship scheme which allows us to acknowledge, reward and empower those leaders and let them forge lifelong bonds over the next 30 months with the next cohort of business leaders so that in the end, everyone leaves as committed citizens and corporate activists determined to be the best they can be so that they can lead sustainable lives and pay it forward to the next generation.”