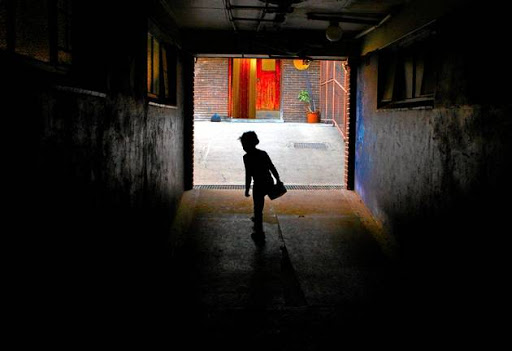 A Bloemfontein judge has ordered the state to step in to help a neglected 12-year-old girl.
Image: LEBOHANG MASHILOANE

A neglected and snuff-addicted 12-year-old child must be placed in care, enrolled in school and admitted to a rehabilitation programme, the Bloemfontein High Court has ruled.

Judge Mpina Mathebula has set down strict time frames for compliance with her order, granted on Monday after an advocate appointed two years ago to act on behalf of the child complained that she has been “wholly neglected and treated with contempt by social development and education authorities in the Free State”.

The urgent application was launched by advocate Hasina Cassim after extensive engagements with the different stakeholders to assist the child did not produce results.

Detailing her plight, Cassim said the child had been born with fetal alcohol syndrome, was raped when she was seven by a neighbour, has been continuously neglected by her family, had never been to school, suffered from behavioural disorders and epilepsy, was addicted to snuff and had started to drink alcohol.

While she had been formally admitted to a local special needs school, the school had prevented her from attending because of her “issues”.

She was born with fetal alcohol syndrome, was raped when she was seven by a neighbour, has been continuously neglected by her family, has never been ...
News
2 years ago

In her ruling, Mathebula said while some of the respondents had argued that the matter was not urgent, partly because of the lockdown, “a court will always come to the aid of the vulnerable when their welfare and life is under threat and ignored by those tasked with the responsibility to protect them”.

“What makes this matter urgent is that it involves a vulnerable child who has endured more than her fair share of wallowing in the periphery of society. It is true the country (and the world) is gripped by uncertainty as a result of the pandemic, but to hold the view that this matter can be put on abeyance until the lockdown is lifted is an absurdity.”

The judge said the child was admitted to the school but refused entry because it was conditional on her behavioural impediments and addictions being dealt with.

The school said it does not have the facilities, trained personnel and experience to deal with her.

“But it is my opinion these conditions are unlawful,” the judge said. “She is effectively being barred from attending school until she has been ‘cured’. Every child who is admitted to school must be allowed to attend.”

The judge said it was incumbent on all the responsible departments to adopt an integrated approach, and that “in receiving education, other aspects of her life must also be attended to”.

She ordered that the child be put in a  temporary place of safety and a rehabilitation plan be formulated within 14 days, and that such plan be implemented within five days.

She also ordered that the child be given access to medical, therapeutic, psychiatric and psychological care, and that she be admitted to the school and, if appropriate, to the hostel.

The Centre for Child Law, which represented Cassim, said: “Children with disabilities have been, more often than not, neglected by systems meant to protect them, advance their wellbeing and ensure their holistic development.

“This case is an example of how duty bearers, as well as care and education systems wholly neglect this constitutionally mandated protection.”

The centre said the judgment was important not only for the child involved in this matter, but “affirms the fact that children with disabilities, like any other children, are individual rights bearers as provided for in the constitution, and paves the way for further advocacy and possibly litigation efforts to affirm their rights”.

Children have become part of the illicit cigarette trade due to the effects of Covid-19 and the need to provide for their families.
News
2 years ago

Boity on embracing her ancestral calling: I am not ashamed

It's been three years since Boity accepted the call from her ancestors to be a traditional healer and the star says the experience is the best thing ...
Pic of The Day
2 years ago
Next Article