You still owe us an apology, say Marikana victims 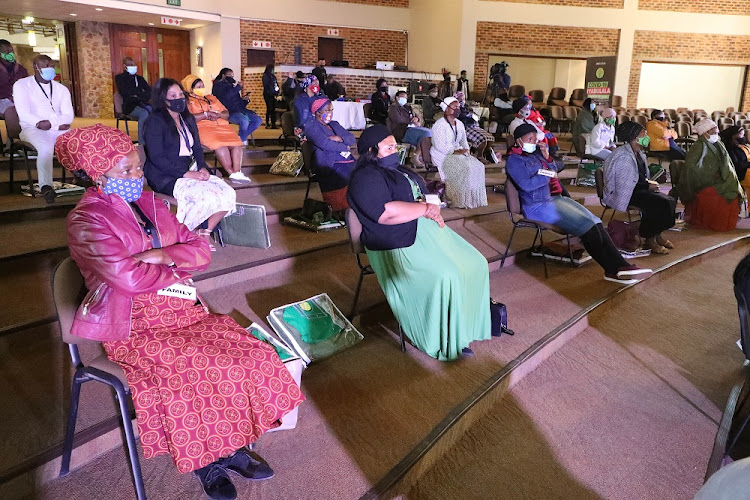 The Marikana massacre widows and survivors have issued an ultimatum to the government and President Cyril Ramaphosa to apologise to them by the end of August or face another separate legal challenge for the deaths of 34 miners in 2012.

Speaking at the eighth commemoration of the massacre hosted by the Association of Mineworkers Construction Union (Amcu) in Midrand yesterday, Nonkululeko Ngxande, one of the widows, said they were still waiting for an apology from the government.

"Even now there's hasn't been a single person from the government to come to us to apologise... we lost our husbands on that day," Ngxande said.

Advocate Dali Mpofu, who represents some of the victims and survivors, said an apology was important as it would bring emotional closure.

"The issue of the apology is more important [to the victims] than the issue of money [for compensation]," Mpofu said.

Mpofu said the Marikana victims wanted the government to practise ubuntu and apologise for the incident instead of taking advantage of legal technicalities to avoid apologising.

Eight years after the Marikana shootings that left 34 people dead, former Lonmin miner Mzoxolo Magidiwana says for the first time since that fateful ...
News
1 year ago

Mpofu also said there were a number of cases still before the courts with regards to the compensation of those who had suffered from the massacre.

Mine worker Mzoxolo Magiwane, one of the survivors, said it was painful to be still waiting for their compensation after all these years.

"Other victims were injured so much they had to go back home. We don't know what they're eating," Magiwane said.

"What is sad is that some of the people who are still waiting are in pain right now, some are walking on crutches."

Meanwhile, 34 houses have been built for the Marikana widows in various parts of the country. The houses were built by a trust that was started after the 2012  massacre.

Advocate Teboho Mosikili, a trustee of the Amcu Massacre Trust, said the beneficiaries are all the families of the 44 victims, including families of police and security officers who also died ahead of the massacre that saw police shooting striking mine workers dead near a koppie in Nkaneng outside Marikana in the North West.

Mosikili said due to Covid-19 restrictions they would not be able to build other houses for widows, especially in Lesotho, but promised the widows who were in attendance at yesterday's commemoration that all houses would be built and completed by the end of the year.

Mosikili said some of the families were living in shacks and therefore had to be prioritised.

Bishop Paul Verryn, who also spoke at the commemoration, appealed to South Africans to use the commemoration of the Marikana Massacre to continue to fight for fairness and against injustice.

Amcu president Joseph Mathunjwa said workers were now facing massive job losses and were being failed by the government and its retrenchment laws, which he said allowed employers to make hyper-profits.