Police hunt for mob that torched suspected murderer in GaMatlala 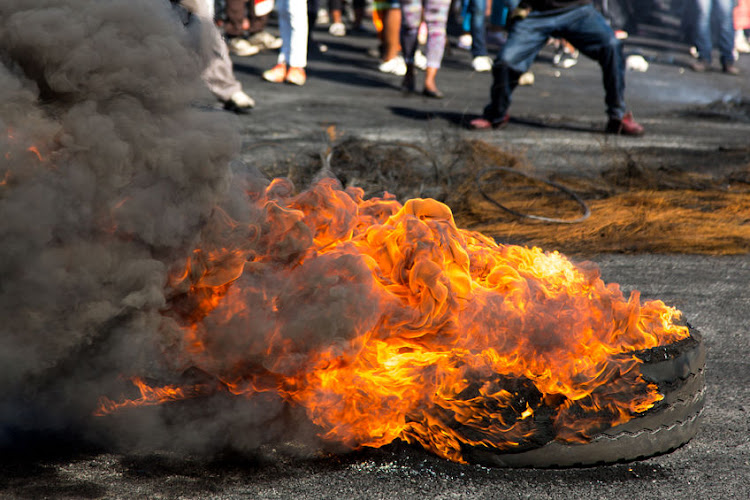 Police are searching for community members believed to be behind the murder of a young man who was beaten and torched.
Image: 123RF/Duncan Noakes

Limpopo police were on Sunday trying to round up community members who burnt to death an 18-year-old man who they accused of murder in GaMatlala outside Polokwane.

The incident happened in the village of GaLepadima, 62km northwest of Pololwane.

“The deceased was accused by the residents of being responsible for the murder of a 67-year-old woman, Phuti Linda Segodi, whose body was found in her house on Wednesday,  August 12, at about 8am in the same village,” said Brig Motlafela Mojapelo.

“The police initially opened an inquest docket after the discovery of the body but this was changed to murder soon after further investigations revealed that the old woman might have been strangled,” Mojapelo added.

On learning of the police’s suspicions, community members allegedly went on the rampage, searching for the person they believed to be behind the murder.

“They then found the victim at about 2.30pm and burnt him beyond recognition,” said Mojapelo.

He told SowetanLIVE's sister publication TimesLIVE that the elderly woman was believed to have been murdered during a house robbery. She had been living alone in the village.

Mojapelo did not disclose why the mob had tied the young man to the murder.

They have condemned the incident and have since opened two cases of murder.

Meanwhile, police have called for people with any further information to come forward.

“Anyone with information that can lead to the arrest of the suspects is requested to contact detective warrant officer Lesiba Frans Rankapole on 082 414 3314, the crime stop number 0860010111 or the nearest police. Callers may opt to remain anonymous and any information received will be treated with strict confidentiality,” Mojapelo said.