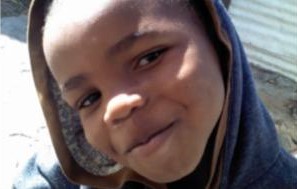 While police are yet to find a three-year-old who disappeared on Monday, a Cape Town community found their scapegoats in foreign neighbours.

Namibians Elina Petrus, 29, and Jonas Amunyela, from Dontse Yakhe in Hout Bay, were allegedly tried by a mob and beaten for several hours, narrowly escaping having their throats slit and being burnt alive.

Their ordeal unfolded on Wednesday evening as the Hout Bay community mounted a massive search for Anothando Mhlobo.

Hundreds of #HoutBay residents came out to search for missing 3-year-old boy #Anothando Mhlobo tonight. Residents were on the trail of the suspect, searching in bushes, on the banks of the river and in drain pipes. The search continues. 🙏🏽 pic.twitter.com/sxN8m1GRv9

It began after a sangoma told community members he had had a vision of Anothando's neighbour feeding the child.

On Friday, members of the Namibian community who eventually saved Petrus and Amunyela spoke to SowetanLIVE's sister publication TimesLIVE on condition of anonymity, fearing being targeted.

One of them, a relative of Petrus, said the 29-year-old was stripped of her clothes and forced to sleep on the mountain while being periodically beaten by the female cohort of the vigilante mob.

Amunyela is believed to have lost an eye and is in hospital with a severed Achilles tendon after being beaten throughout the night by the male half of the mob.

Assaults on Petrus and Amunyela allegedly took place in front of uniformed police who intervened only when the Namibian community clashed with residents at about 9am on Thursday. Petrus was then taken to the holding cells at the Hout Bay police station. 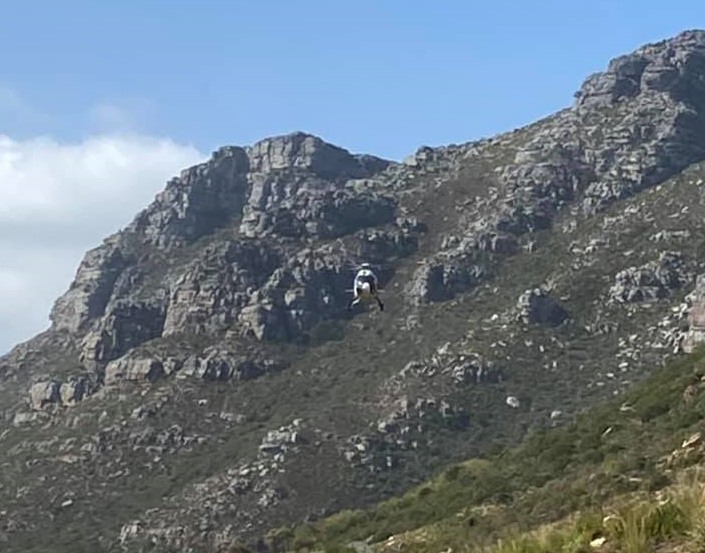 The Namibian consulate also became involved in the incident and community members said it was only after they called for diplomatic intervention that the army arrived to help calm the situation.

Consulate police liaison officer Billy van Wyk said staff went to the police station to hear what members of the community had to say. He said the police were in control of the situation.

Dontse Yakhe community leader and activist Pamela Sofika said she was now trying to calm tensions between the victims and their attackers until the police were able to investigate the community's claims.

“Apparently there were four different sangomas approached, but the one who caused this whole thing is a sangoma who is a seer. They talked to the water or something and a spirit comes out, or so they believe,” said Sofika. 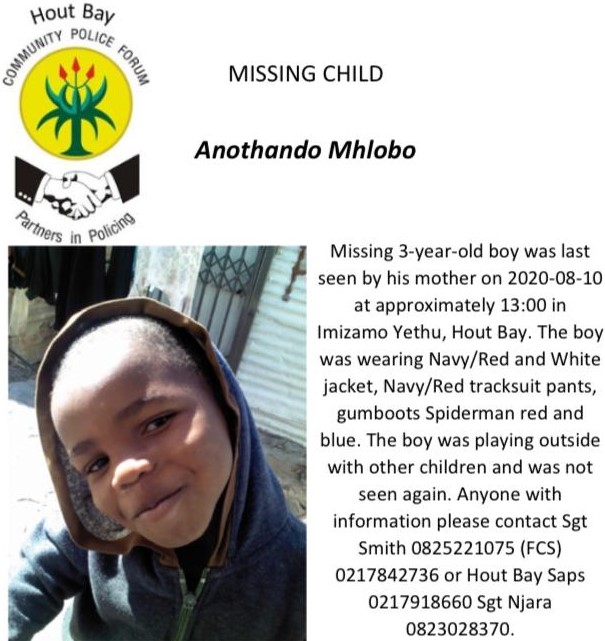 “What was happening was people would go to seers or sangomas and report back to the community. This was happening while everyone was looking for the child.”

Sofika said Petrus was Anothando's neighbour and helped to raise him. When they accused her of being the person in the sangoma's vision, the community asked whether she ever fed the toddler.

When she replied that she fed him regularly when he was playing with her child, the community was sure they had their culprit.

Jonas was allegedly targeted because his name is similar to “Johannes”, the name the sangoma gave for the person who took the child.

Witnesses said the victims were only saved because the Namibian community gave the mob leaders money to go back to the sangoma for more detailed information about the culprits.

Petrus's relative was shaken and tearful on Friday as she detailed what happened. “According to [Petrus], she was in the house when a few men called her out. When she opened the door they asked where is her boyfriend, and then the boyfriend went to them,” said the relative.

“They told the boyfriend to call another guy named Jonas, they told them to go to the road where the crowd is.

“They asked her, 'Do you know the child?' She said yes because she is the neighbour. The problem is they were speaking Xhosa, she was speaking English. They said, 'Do you see, she knows the child, she must be the one!'” 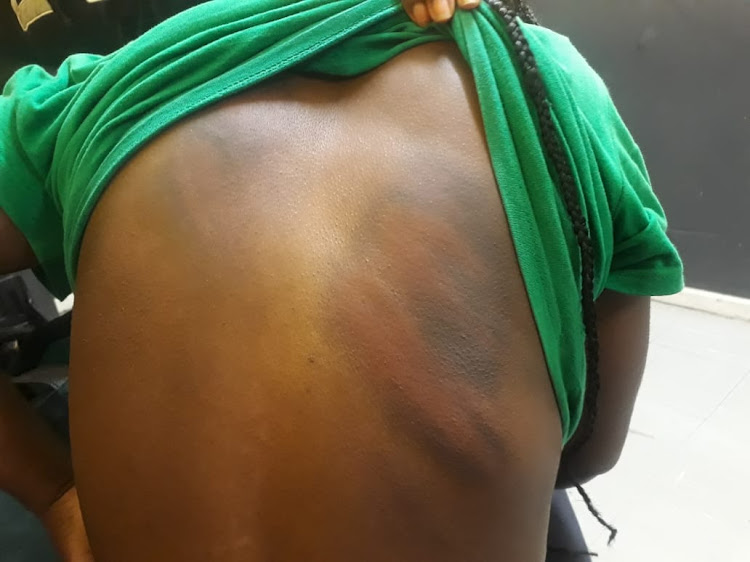 Elina Petrus, 29, displays some of the bruises she sustained in an alleged vigilante assault that took place after a sangoma said she was involved in the disappearance of three-year-old Anothando Mhlobo.
Image: Supplied

The witness then arrived and saw it was her relative who was being tried. “They took her to the mountain, on top of the mountain at about 10pm, and they separated Jonas to the bush,” said the woman.

At this point other members of the Namibian community, who were helping with the search for the missing child, had heard that possible culprits were being held by the community on the mountain slopes above Imizamo Yethu.

When they arrived they saw Petrus and Amunyela had been separated and were being beaten. “They said [to the victims], 'we are going to kill you', and they went to look for tyres and paraffin, they asked her again and she still said she didn't know where the child is,” said a witness.

“They beat her, then they brought her back to the bush with Jonas. There was a Namibian brother who said, 'no guys, please can't you people go back to the sangoma, don't burn these people, don't beat them again', because Jonas was badly beaten, his one eye was missing, there was water and blood coming out.”

Another witness said: “Then the Namibians said, 'We will give you money, you must go back to the sangoma so that you can come back clearly knowing it was this person and that person.'”

#HoutBay residents searching for missing 3-year-old boy #Anothando Mhlobo. He's been missing for more than 48 hours and residents believe the suspect was spotted with the boy earlier this evening. pic.twitter.com/Jsg9zNA9Kk

The situation became very tense at dawn when a security guard returning from his night shift allegedly shocked the victims with a taser before taking out a knife and threatening to slit their throats, said the witnesses.

"[Petrus] slept on the mountain in the rain until 6am, her clothes were ripped from her body, she couldn't wear socks [due to injuries on her feet], she still can't wear shoes,” said a tearful relative.

It was about 9am when a group of Namibians intervened and scuffled with the crowd to extract the victims and put them in police vans.

Asked whether the police had taken anyone into custody, Traut said: “Currently no-one is being held in custody for the child's disappearance, but several people have been taken in for questioning.”

Family distraught after being handed the wrong body to bury

A family at Ramaphosa informal settlement in Boksburg, Ekurhuleni, was left emotionally torn after the body of a family member was nowhere to be ...
News
1 year ago

A Pietermaritzburg man who allegedly abducted his neighbour after duping her into believing her dog had run away has been charged with two counts of ...
News
1 year ago
Next Article