President Cyril Ramaphosa has announced that the country will be moving to alert level 2 with bans on travel between provinces and the sale of alcohol and tobacco products being lifted.

The easing from level 3 is effective from Monday midnight.

The move follows a special cabinet meeting on Saturday afternoon. Throughout the week, cabinet received advice from health experts who advised that the country has now managed to arrest rapid transmission of the Covid-19 virus and that health-care infrastructure would not be undermined.

On day 142 of the nationwide lockdown, which was announced in March, Ramaphosa has given the go-ahead for the sale of tobacco products which have been prohibited throughout the period, resulting in a number of legal challenges. Finance minister Tito Mboweni had publicly expressed his unhappiness with the move which has severely affected the country’s ability to collect revenue even as the economy tanks. 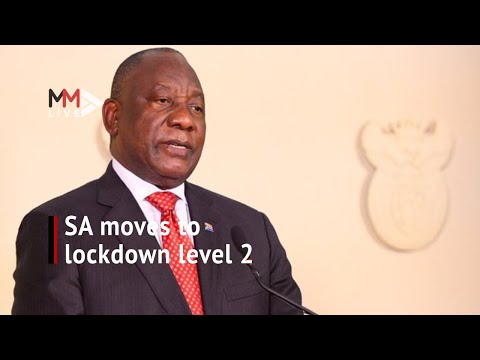 Another legal challenge has been around the prohibition of liquor in eateries which government says will be allowed under level 2 with strict conditions.

Eateries may only serve alcohol on site until 10pm while liquor stores can only trade from Monday to Thursday between 9am and 5pm.

A curfew will also remain in place between the hours of 10pm and 4am.

While domestic flights have been permitted since level 3, international travel remains restricted.

Ramaphosa has been conducting a series of consultations since Wednesday. These included big business and labour unions at Nedlac on Thursday as well as provincial and local government leaders earlier on Saturday.

Government is urging South Africans to continue with social distancing, mask wearing and hand hygiene. It also wants those who can, to work from home.