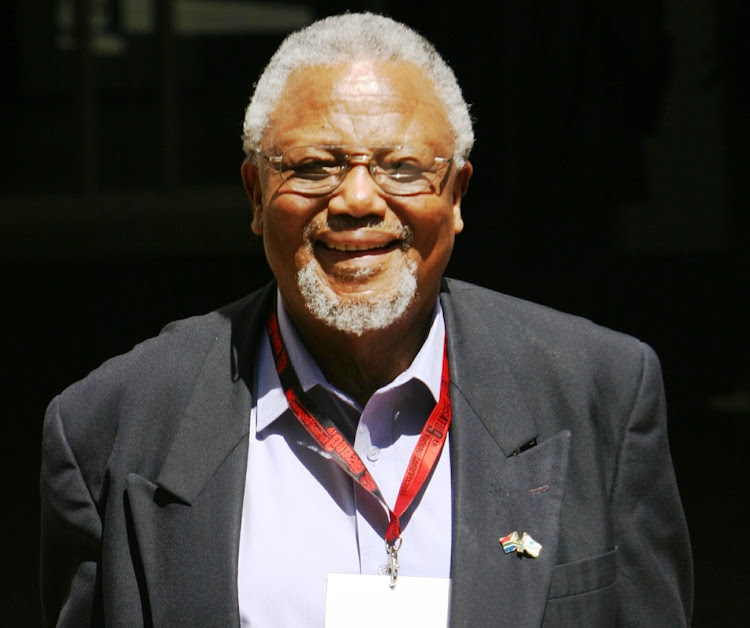 Enduring loyalty President Cyril Ramaphosa described the late John Nkadimeng as a selfless leader who went into the liberation struggle with no hope of gaining recognition or accolades.
Image: Mbuzeni Zulu

President Cyril Ramaphosa has called on his fellow comrades to work together to rid the country of cronyism and corruption in honour of struggle stalwart John Nkadimeng.

Delivering the eulogy at Nkadimeng's official funeral, Ramaphosa slammed those he said used their access to political power to enrich themselves.

“Day by day we learn more about actions of thieving, looting and corruption. Day by day the trust and the confidence of our people is being eroded, leading many to proclaim that the days of ethical and selfless leadership are behind us,” said Ramaphosa.

Earlier he described Nkadimeng as a selfless leader who went into the liberation struggle with no hope of gaining recognition or accolades.

The president said Nkadimeng remained that way even after being awarded the gold Order of Luthuli and receiving the recognition of Isithwalandwe/Seaparankwe, the highest award by the ANC.

Ramphosa said at a time when the country was losing more leaders from Nkadimeng’s generation who fought to bring freedom, there was a real risk of destroying the gains they had secured.

“Their sacrifices must not be in vain. We must firmly tackle and take back the reins from those out to destroy our country, now more than ever before. We have to hold fast to the lessons they taught us about serving our people, about respecting them, about heeding their concerns and about acting in their best interest.

“Let this be a turning point in the fight against corruption in our country. Let us use this moment to banish this virus, this disease of corruption from our politics, from our movement, from our economy and from our country,” said Ramaphosa.

The president implored South Africans, including the people of Sekhukhune, Nkadimeng’s home, domestic workers and factory workers, as the people he served to rise up against those who would plunder the country.

“Let us give our law-enforcement agencies the support, the information and the means to act against all those responsible for such crimes against the people, no matter who they are or what positions they occupy,” he said.

Ramaphosa said those who have been put in positions of responsibility should examine their own conduct and act only and always in the interest of the people of SA.

He warned his ANC comrades against factionalism, saying factions were used to protect the corrupt and promote the incompetent.

Makhura said they needed to immortalise and memorialise the special generation of Nkadimeng and others by decisively tackling the major social problems facing millions of South Africans who remain excluded from earning livelihoods, and ending gender-based violence.

“We urgently need to decisively end the spectre of corruption in the public and private sectors because corruption continues to ensure only a few benefit and millions of working-class people and women cannot be included in corrupt deals. Corrupt deals are for the few,” said Makhura.

Public enterprises minister Pravin Gordhan, who was meant to be cross-examined by former Sars boss Tom Moyane, failed to appear before the state ...
News
1 year ago
Next Article