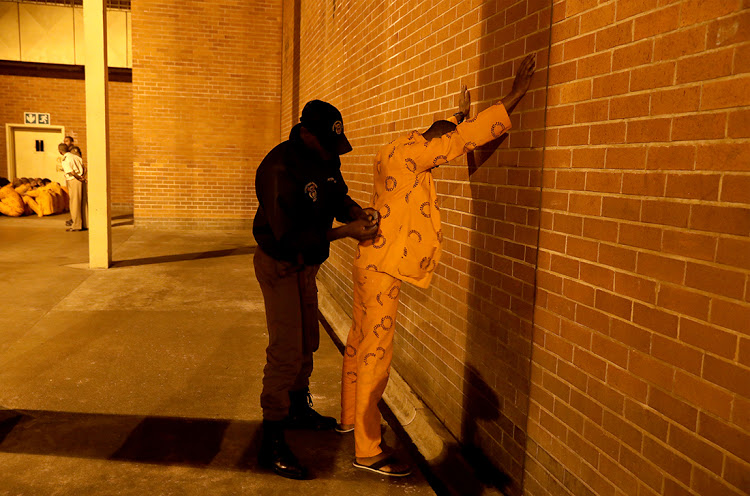 A DCS officer searches an inmate at Durban's Westville Prison during a raid in 2019.
Image: Sandile Ndlovu

Several prison wardens were stabbed by inmates at Durban's Westville Prison on Thursday, in what was called a “security-related incident” by the department of correctional services (DCS).

“It is reported that a group of offenders attacked officials with sharpened objects after morning meals had been served. At this stage we can confirm that seven officials and one offender sustained injuries and are receiving medical attention. The situation has been quickly attended to, and working conditions are back to normal.

“An investigation is under way and further details will be provided in due course.”

Paramedics and police responded to a multiple shooting in Grace Avenue, Westville, on Wednesday morning.
News
1 year ago
Next Article