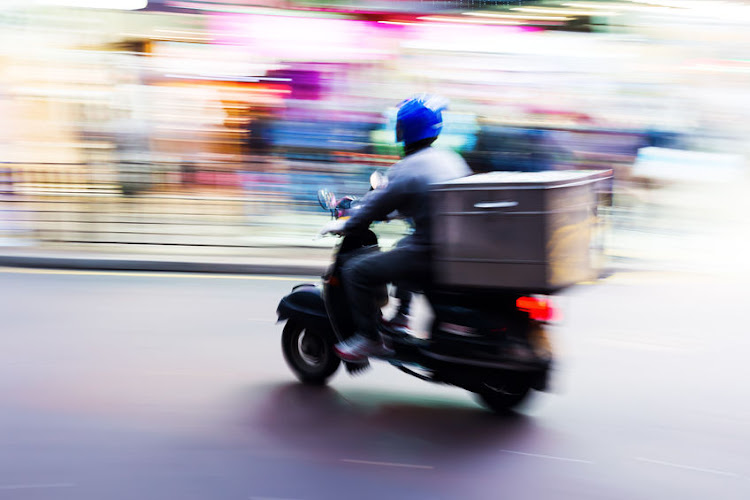 The man was employed at a well-known fast food outlet in Emalahleni to deliver food to customers' homes using a motorcycle. Stock photo.
Image: 123RF/Christian Mueller

The Hawks in Mpumalanga are monitoring the trial of a fast food delivery man arrested with a stash of cash and electronic equipment.

The 35-year-old suspect made a brief appearance in the Emalahleni magistrate’s court on Wednesday facing charges of fraud and possession of an illegal point of sale (POS) device.

Capt Dineo Sekgotodi said in a statement that the man was employed at a well-known fast food outlet in Emalahleni to deliver food to customers' homes using a motorcycle.

“During November 2019, the shop manager allegedly received a lot of complaints from the clients about extra charges debited from their bank accounts after paying for their orders on the device provided by the delivery man.”

A Hawks serious commercial crime unit investigation resulted in the arrest of the man on November 28, after an intelligence-driven operation during which he was stopped while on his way to deliver food. A POS card-skimming device was found in his possession.

The delivery man's next court appearance is on August 28. He was remanded in custody.

SA's defence ministry has taken a "dim view" of fraudsters using department of defence letterheads and Nosiviwe Mapisa-Nqakula's name to put out a ...
News
1 year ago

An investigation which revealed a litany of incompetence and wrongdoing in the emergency construction of a fence between SA and Zimbabwe has ...
News
1 year ago
Next Article