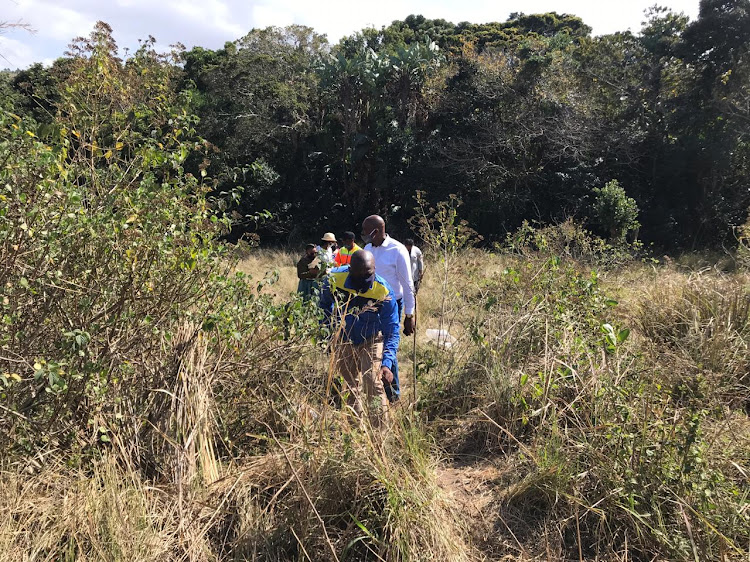 The semirural community of Mnafu in Mtwalume, on KwaZulu-Natal’s south coast, has again been left reeling after the decomposing body of a fourth woman was discovered in bushes in the area in the space of five months.

The body, believed to be that of Zama Chiliza, 38, was discovered on Tuesday morning by the head of the community policing forum, Lucky Bhuyeni.

The bodies of neighbours Akhona Gumede and Nosipho Gumede and that of Nelisiwe Dube were found in sugarcane fields in April and July respectively.

Bhuyeni said the fourth body was found not far from the previous gruesome discoveries.

“The community is shocked by what is happening. Just this weekend we were putting together assistance for the families of the other women who were murdered and have left children behind.

“The fourth body was discovered in an area halfway between the other bodies. This one was thrown in bushes, I think because the sugarcane has been harvested,” Bhuyeni said.

Chiliza is believed to have disappeared in July while on her way to a clinic.

“This has become scary. All these women are disappearing in plain sight and don’t tell anyone where they are going,” said Bhuyeni.

Last month TimesLIVE reported that a detective had been assigned to investigate the possibility of a serial killer in the area.

“A postmortem will be conducted to determine the cause of death,” Mbele said.

The IFP has called for the national police task team to investigate the murders.

“It is unfortunate that as a community we have exhausted all means of trying to work with Hibberdene police station. Instead they arrested community members who were protesting against the killing of women. The community no longer has faith in the local police as no arrests have been made thus far,” said Ugu IFP chair, Sfundo Ngwane.

A KwaZulu-Natal detective has been tasked with investigating if the murders of three women in Mtwalume on the south coast are the work of one killer.
News
1 year ago
Next Article