‘I hope in heaven you are still a trailblazer’: Lungile Pepeta laid to rest 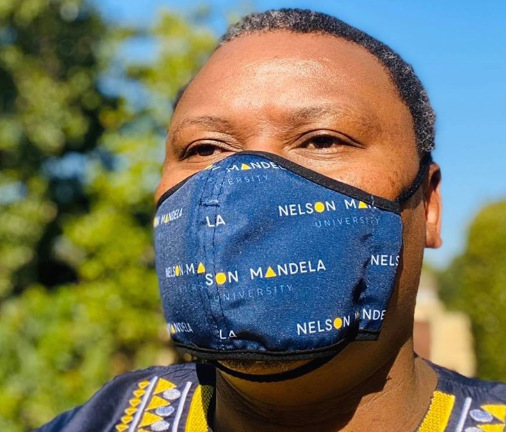 The life of Port Elizabeth paediatric cardiologist Prof Lungile Pepeta was characterised by a passion for the public health sector and a love for his family, speakers at his funeral in Bizana said on Wednesday morning.

The Nelson Mandela University (NMU) dean of health sciences’ death has been described as a loss not only for the institution but for the health fraternity at large.

His family has lost a father and best friend, said Pepeta’s daughter Kungawo.

“I lost my best friend and the best father in the world. I don’t know how the world will be without you here, but what I know is that we are going to be OK,” she said. “I hope in heaven you are still a trailblazer as you were on this earth. I’m happy because now you are our guardian angel and forever will be until we meet again.”

Pepeta’s colleagues, friends and family said he had prioritised the progress of the Eastern Cape health sector, even while ill in hospital.

NMU vice-chancellor Prof Sibongile Muthwa said it was sad that Pepeta died before the opening of the university’s medical school next year. This is after Pepeta received a letter from the Health Professions Council of SA (HPCSA) approving the operation of the medical school — on his birthday last month.

“Pepeta was at the forefront of bringing to fruition the university’s vision for establishing a medical school that offers an alternative educational model which could contribute towards the country’s growing need for health-care professionals,” said Muthwa.

“Our deepest sadness is that [Pepeta] will not be there next year a to cut the ribbon and open the [NMU medical school’s] doors of learning and teaching.”

Muthwa said Pepeta was a father figure and mentor to NMU students.

“Nelson Mandela University pays tribute to his selfless leadership, radiant, youthful smile, generosity of spirit and love of humanity which knew no bounds and shone so brightly.

“He was dedicated to his family,” she added.

His name should be etched in the corridors of the medical school he worked so tirelessly to establish.

Colleague and friend Dr Mthembeni Tebelele said Pepeta had displayed leadership qualities in the first year of their medical studies at the then University of Transkei (now Walter Sisulu University), when he was elected class representative. In 1997, he graduated top of his class.

“While we looked for fancy hospitals to do our internships, he remained in Mthatha General Hospital to serve his community as an intern,” he said.

He said Pepeta sent him a message from the hospital last month to tell him about the HPCSA’s letter of approval, saying it was his best birthday gift.

Chair of the Council for Medical Schemes Prof Lungile Pepeta has died from Covid-19.
News
1 year ago

Pepeta was buried during a category 2 special official provincial funeral at Bizana.

The funeral was attended by provincial officials including health MEC Sindiswa Gomba, premier Oscar Mabuyane, Muthwa and various colleagues in the health fraternity.

Delivering a tribute on behalf of Mabuyane, Gomba said Pepeta had earned the status of his funeral by serving the province’s health sector selflessly even during its fight against Covid-19.

Pepeta was among a panel of experts advising in the province’s fight against the virus.

“This [funeral] status is reserved for South Africans who have made extraordinary contributions in our country. Professor Pepeta fits perfectly into this category of luminaries.

Pepeta is survived by his wife Dr Vuyo Pepeta and their two children Kungawo and Lungaka.