Services almost back to normal after strike, says Tshwane municipality 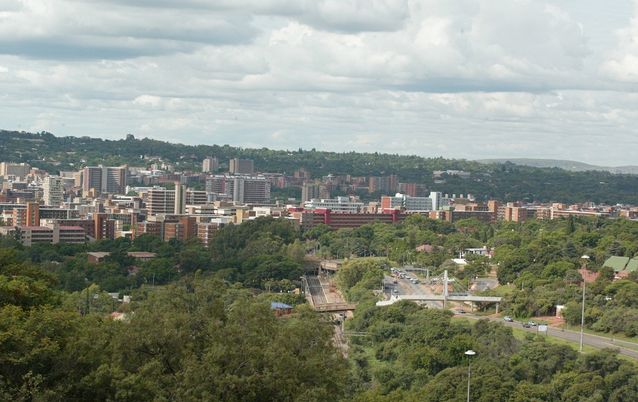 The provision of services in Tshwane is slowly returning to normal, the city said on Tuesday. File photo.
Image: SUNDAY TIMES

The provision of municipal services in Tshwane is slowly returning to normal, says the municipality.

This is after some employees who were not on strike were able to return to work at the weekend to reduce the backlog in service interruptions.

Tshwane residents endured a three-week period of service interruptions, which took longer to restore after the strike.

However, the city tabled a proposal to the Independent Municipal & Allied Trade Union (Imatu) and the South African Municipal Workers' Union (Samwu) — and the unions undertook to seek a mandate from their members on whether to accept the offer on the staggered payment of a previous agreement.

After the tabling of the offer, workers who were not on strike were able to return to work and start clearing the backlog.

The sector says the R1.14bn already offered by the government is not enough
News
2 years ago

“Impressive progress was made during the long weekend to reduce the backlog on service interruptions. Services will be ramped up in respect of water and electricity distribution, water interruptions, sewer blockages, as well as refuse collection as the week progresses,” the city said in a statement on Tuesday.

It said some of the notable progress made at the weekend included the resolving of 92 cases regarding power interruptions affecting hospitals, hospices, potable water and sewer pump stations and waste water treatment plants.

“Household waste collection services, including landfill sites and garden waste sites, resumed to normality with effect from yesterday,” it said. “There won’t be any special or additional capacity for collection to clear the backlog, which therefore means that normal schedule for collection will happen on the day scheduled for collection.”

Residents were advised to take out their bins as normal.

The city said the A Re Yeng bus services resumed operations on Tuesday morning and a decision was still pending as to when the Tshwane Bus Services (TBS) would be back on the road.

Tshwane head administrator Mpho Nawa said he was relatively pleased with the progress made during the long weekend and hoped that the backlog would be cleared so that services could return to normal.

“A lot of cleaning up has taken place in various areas of the city where litter was dumped on the streets, and essential services did a splendid job at the weekend repairing and restoring services,” said Nawa.

“Though some cases are yet to be resolved and are still pending, we are gradually ramping up the speed at which we are providing services. This is work in progress and we are making significant strides.”

Nawa apologised to residents for the inconvenience.

As the country waits with bated breath for the government's announcement on the status of schools on Thursday, the department of basic education has ...
News
2 years ago

Thousands of Mamelodi commuters are increasingly getting desperate for transport to work and back home amid a dispute which has seen taximen down ...
News
2 years ago
Next Article