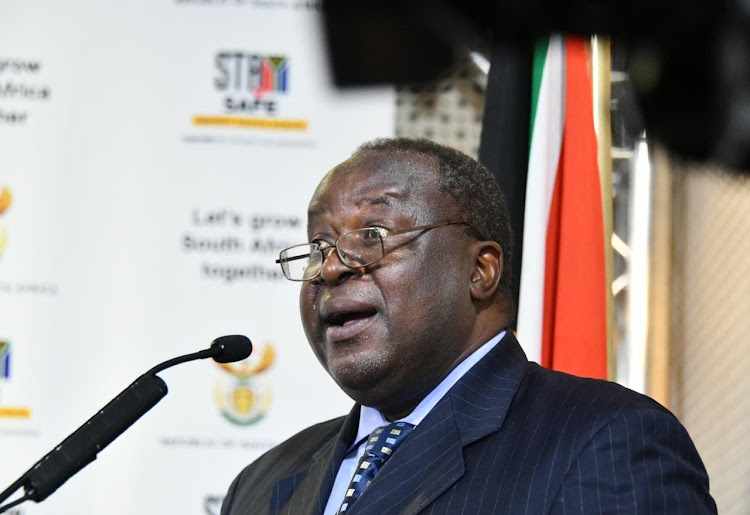 Finance minister Tito Mboweni wants information of all companies that were awarded personal protective equipment tenders to be made public.

This, he said, will be one of his requests when he meets with provincial MECs of finance tomorrow.

The procurement of PPEs have been marred by allegations of corruption and impropriety in the awarding of contracts which many are suspected to have been inflated.

Mboweni told the parliament standing committee on finance that there was prima facie evidence that regulations on how PPEs were supposed to be procured were not followed and that he would seek answers with the MECs while law enforcement was also expected to play its part.

“In my conversation tomorrow with MECs of finance, we’re going to discuss and insist on the fact that all these contracts must be published for the public to see and in publishing who won which contract, we will also want to know who were the competitors and on what basis did the competitors lose,” Mboweni said

Some of the allegations which have been made are that some of the companies which were awarded tenders had either no experience or expertise in providing PPEs – with some being entertainment, mortuaries or even catering companies.

Mboweni said he would demand that profiles of companies that were awarded and the reasons for having won the tenders to be published as well as whether those companies had ties with politicians.

A Twitter spat between finance minister Tito Mboweni and the DA shadow minister of finance, Geordin Hill-Lewis, has escalated after the opposition ...
News
1 year ago

Because of global Covid-19 pandemic, there was a global demand for PPEs which led to shortage of supplies and significant price increases.

Emergency procurement regulations in instances where some of the PPEs such as masks, gloves and bodysuits could be produced locally.

This meant that the government had to make provisions to consider local suppliers who were able to produce and supply the said PPEs.

This, according to a presentation by the national treasury director general Dondo Mogajane, exposed the process to exploitation, fraud and corruption as politically connected companies were favoured over others.

“There were limitations as you can imagine. One of the key things, and that we noticed, was that obviously what we were trying to do in an emergency mode is prone to exploitation because in many ways we then realised that there are instances where a few suppliers would actually be the one’s considered,” Mogajane.

Mboweni said that instructions by the national treasury that were aimed at preventing such exploitation of the procurement processes were not followed by accounting officers such as heads of departments, MECs and chief financial officers.

“If all the parties followed the tender process, the procurement process, we would not be having this conversation today,” Mboweni said.

“But the fact and reality of the matter is that people found an opportunity to do that which is wrong.”

Mogajane said that the national treasury was considering new control measures to prevent further malfeasance in the handling of public funds and that they were working together with the Auditor General of South Africa.

One of them was that the AGSA does not wait for the end of the year to start working on audit reports and that the office dispatches people on the ground to start holding those responsible for public funds accountable.

They are also proposing that the emergency procurement of PPEs be ended and that normal procurement ways of procuring goods be implemented.

“We have boosted local production. We have to emphasise local production of face shields, of masks, all of that is now in place after a few months of challenges that we had.”

Mogajane said that so far national and provincial departments had spent R10.4bn of the proposed R145bn Covid-19 relief package.

The National Treasury has resolved to end emergency procurement of personal protective equipment (PPE) and other Covid-19 protective clothing ...
News
1 year ago

Finance minister Tito Mboweni has taken a swipe at individuals involved in irregular tender processes during the Covid-19 pandemic.
News
1 year ago
Next Article