Cigarette sales ban is a sledgehammer to crack a nut, says tobacco lawyer 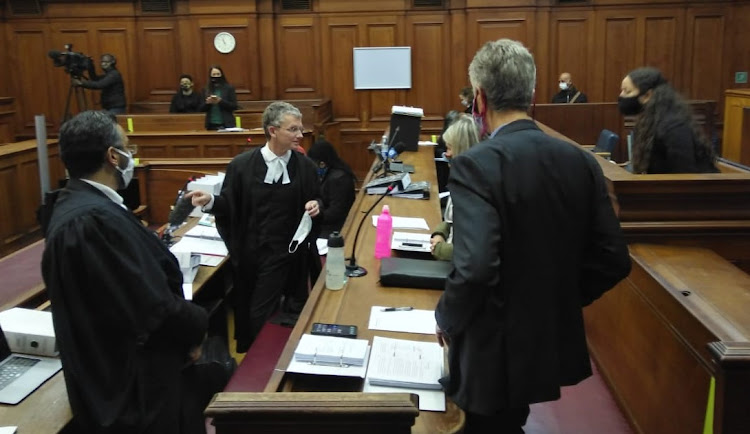 British American Tobacco SA lawyer Alfred Cockrell, centre, told the Cape Town high court that the billions of rand lost to the fiscus during the ban on the sale of tobacco products 'could have been used to combat the effects of the pandemic, for example by erecting field hospitals'.
Image: Philani Nombembe

The health-care benefits cited by co-operative governance & traditional affairs (Cogta) minister Nkosazana Dlamini-Zuma for the decision to ban tobacco sales during the lockdown pale in comparison with the financial ruin it has caused.

This is according to British American Tobacco SA (Batsa), which launched its legal battle against Dlamini-Zuma in the high court in Cape Town on Wednesday.

The tobacco giant's senior counsel, Alfred Cockrell, told a full bench of three judges the ban had increased the trade in illicit cigarettes.

“In short, the minister's version is that the prohibition on smoking is likely to free up about 16 ICU beds at any one time across the entire country,” said Cockrell.

He said this was an “extraordinarily small number” that does not justify the “massive harm” caused by the ban.

“The harm includes the billions of rand that are lost to the fiscus by virtue of the fact that illicit cigarette sales are burgeoning,” said Cockrell.

“The [litigants] estimated the loss of excise duty to the fiscus is about R35m a day. In response, the Genesis Report says the loss to the fiscus in the form of excise duties was R2.2bn from March 27 to May 22 2020. That is a loss of almost R38m a day, according to the minister's own expert.

'Why ban cigarettes and not cooldrinks?' Batsa asks Dlamini-Zuma ahead of high court clash

If co-operative governance & traditional affairs minister Nkosazana Dlamini-Zuma is concerned that sharing cigarettes may increase the spread of ...
News
2 years ago

“The foregone billions of rand could have been used to combat the effects of the pandemic, for example by erecting field hospitals.”

Cockrell said participants in the smoking and vaping products supply chain had been adversely affected by the ban.

“The harm includes the fact that illicit cigarettes contain harmful substances not found in legal cigarettes.”

Cockrell said a Batsa expert had pointed out that “forced cessation may have adverse impacts on smokers. Moreover, there is some evidence to show former smokers have a worse Covid-19 experience than current smokers”.

South African supermarket chain Pick n Pay flagged a more than 50% fall in first-half earnings on Tuesday, weighed down by constraints on alcohol, ...
News
2 years ago
Next Article