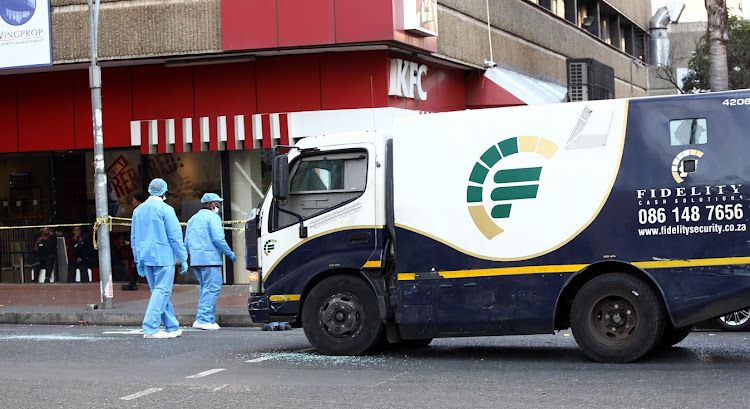 Police are on the hunt for six men who held up and robbed security personnel of a cash-in-transit (CIT) vehicle in Ingwavuma, northern KwaZulu-Natal, on Wednesday.

A local police source said Fidelity Cash Solutions guards had been at an ATM at the Supertrade Spar for Sassa payments shortly after 7am when the incident occurred.

“The crew had collected money from the ATM and went back to their vehicle. Two armed men then approached and disarmed two of the guards. They also used an Isuzu bakkie to block the path of the CIT vehicle.”

A number of shots were fired towards the CIT van to get the driver out of the vehicle.

“The men made off with an undisclosed amount of cash and one of the guards sustained a head injury and was rushed to hospital.”

Police hadn't responded to queries at the time of publishing.

In 30 minutes, robbers tried to pull off three CIT heists - but left with nothing

The cash-in-transit industry has seen an increase in the number of heists across the country in the past six weeks.
News
1 year ago
Next Article