Mpumalanga woman jailed for life for murdering her husband 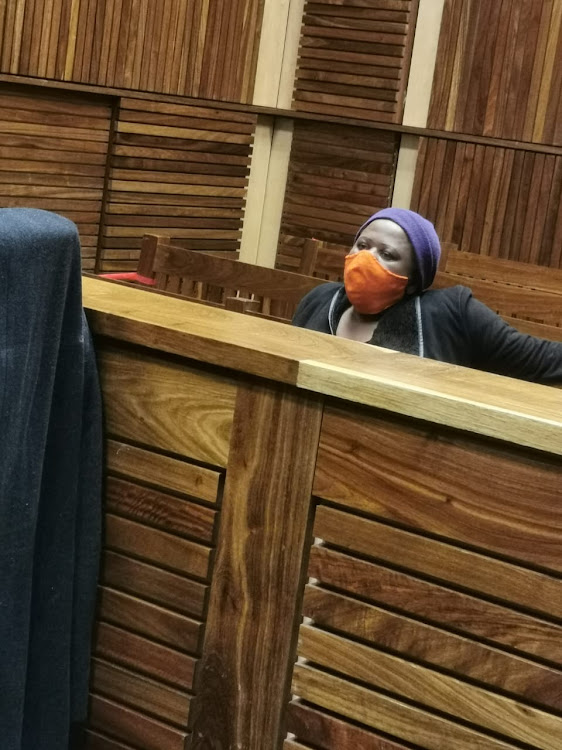 Simangele Shongwe has been sentenced to life imprisonment for the murder of her husband, and was sentenced for five other crimes.
Image: National Prosecuting Authority

A Mpumalanga woman has been sentenced to life in prison for murdering her husband.

Simangele Edith Shongwe, 50, was sentenced in the Mpumalanga High Court for the murder of her 28-year-old husband, Vusi Mona, the principal of Zwelisha Primary School in Mbombela.

“Shongwe was found guilty on six counts, namely murder, housebreaking with intent to commit crime, robbery with aggravating circumstances, kidnapping, illegal possession of a firearm and unlawful possession of ammunition,” the National Prosecuting Authority (NPA) said in a statement.

According to the NPA, on the evening of Valentine’s Day in 12017, Shongwe and Mona were in their home in KaNyamazane when three unidentified men entered.

“The men took Mona, forced him into his vehicle and drove to Pienaar. His body was discovered the after morning with gunshot wounds. His legs and feet were tied with shoelaces. After the gruesome discovery, investigations ensued, and Shongwe was arrested,” the NPA said.

Evidence in the form of video footage showed how the premises were accessed and how Shongwe seemed to be unshaken after the crime was committed, the NPA said.

An eyewitness told the court she saw people who, together with Shongwe, took money from Mona’s bag on the day of the incident.

The court ordered that the sentences run concurrently, and Shongwe was declared unfit to possess a firearm.

“This demonstrates that as an essential service, prosecution remains operational and has doubled efforts to ensure violent cases are prioritised and resolved to create a safer community for all citizens in the province,” advocate Matric Luphondo, acting director of public prosecutions, said about the sentence.

A hitman who accidentally murdered his accomplice in a 2018 restaurant attack on alleged Cape Town gang boss Jerome "Donkie" Booysen was sentenced to ...
News
1 year ago

A 21-year-old man has been sentenced to life imprisonment for raping his mother in Clocolan in the Free State.
News
1 year ago
Next Article