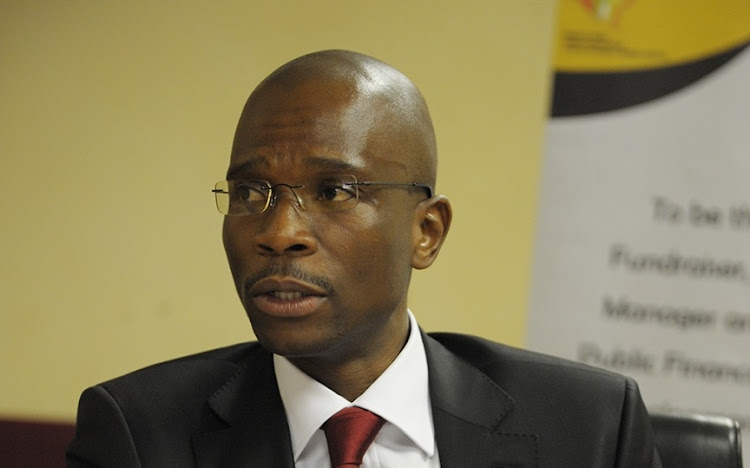 The ANC's integrity committee has written to NEC member and deputy finance minister David Masondo asking that he “voluntarily step aside” from his responsibilities in government and the party.

This follows an allegation that Masondo abused state resources to resolve a domestic dispute with a woman he was allegedly seeing.

“Your actions have brought disrepute to the organisation, but in acknowledging this and taking responsibility, you have shown commitment to the organisation and the ideals we strive to reach,” chairperson George Mashamba wrote in the letter to Masondo.

“We have confidence that lessons have been learnt from the ordeal you are going through. We accept that your lawyers have advised you to report the matter to the Hawks and that you acted on their advice. However, we think that you showed poor judgment and that you should have known that involving the Hawks in a domestic matter would open you up to accusations that you were abusing your power and your access to state resources.

Masondo reduced our child to a criminal: family of his ex-mistress speaks

The family of the ex-mistress of deputy finance minister David Masondo has accused him of abusing his power by setting the Hawks on her for ...
News
2 years ago

“You are not an ordinary member of the public. You are a senior leader of the ANC and a deputy minister. You should have known that the mandate of the Hawks is to investigate corruption and offences that fall under the Prevention of Organised Crime Act. The demands that [the accuser] placed on you for money, while inconvenient to you, did not fall within the description of extortion under the act or within the mandate of the Hawks,” the letter continues.

Mashamba also thanks Masondo for approaching the committee to look into the allegations levelled against him.

The ANC’s highest decision-making body in between conferences — the national executive committee — is currently meeting.

The ANC's OR Tambo political school has called for South Africans to take advantage of the lockdown and enroll for online courses with the school.
News
2 years ago

Thabang Khumalo had to helplessly watch his father struggle to get proper medical assistance at a hospital in Bushbuckridge, Mpumalanga.
News
2 years ago
Next Article